As about 24,000 Filipinos who lost their jobs abroad are being transported by land, sea or air to their provincial homes, the president warned local officials not to refuse them entry out of coronavirus fears.

The workers returned to the country in recent months as jobs dried up worldwide due to the pandemic. They were quarantined for two weeks in hospitals, hotels and makeshift isolation centers in metropolitan Manila in a chaotic situation that delayed their trip home and sparked a myriad of complaints. Some had to wait for weeks for their coronavirus test results, but everyone being released has tested negative.

President Rodrigo Duterte said in televised remarks Monday night that some provincial officials have refused entry to returning workers from abroad and warned them of possible lawsuits. Authorities have been trying to reduce congestion in the quarantine facilities in the capital because about 300,000 more displaced Filipino workers are slated to come home soon.

“I’m ordering you to accept them, open the gates of your territories,” Duterte said. “Do not impede it. Do not obstruct the movement of people because you run the risk of getting sued criminally.”

The thousands of workers began boarding buses, ships and planes back to their provinces on Monday.

The Philippines is a leading source of global labor.

In other developments in the Asia-Pacific region:

— HONG KONG RUSH ON FOR UK PASSPORTS: Police rejected an application Monday for an annual candlelight vigil marking the anniversary this week of the 1989 Tiananmen Square crackdown, as residents rushed to apply for passports that could allow them to move to the United Kingdom.

Throngs of people lined up at DHL courier outlets across the city, many to send documents to the U.K. to apply for or renew what is known as a British National (Overseas) passport.

“My BNO passport expired in 2004, but at the time I didn’t renew it because I trusted China,” said 40-year-old Peter Chan, who works in asset management and waited in line for more than two hours.

Chan said he was worried about political and security issues in Hong Kong stemming from an upcoming national security law as well as a push by the semi-autonomous territory’s legislature to enact a bill that would make it illegal to insult the Chinese national anthem.

Even though there is rising anti-immigrant and anti-Asian sentiment in the U.K., “it’s still better than Hong Kong,” he said.

— INDIAN CASES SURGE AGAIN: For a seventh consecutive day India reported a record single-day jump in new virus cases. The health ministry counted a total of 145,380 cases, a one-day gain of 6,535, and said 4,167 people had died. Most of the cases are concentrated in two neighboring states in central India, Maharashtra, home to financial hub Mumbai, and Gujarat, Prime Minister Narendra Modi’s home state. An uptick of cases has also been reported in some of India’s poorest eastern states as migrant workers returning to native villages from cities have begun arriving home on special trains. India has been easing its lockdown, with domestic flights resuming Monday at a fraction of normal.

— THAILAND EXTENDS STATE OF EMERGENCY: Thailand’s Cabinet has agreed to extend until the end of June a nationwide state of emergency that was imposed to combat the spread of the virus. The extension was approved amid mounting criticism that its real purpose is to curb political activity. Political and human rights activists have been warning that the broad powers authorized under the emergency decree, such as limitations on speech and gatherings, could be used to silence critics of the government. Thailand has seen single-digit increases in the number of new virus cases for several weeks, and has been gradually easing restrictions on gatherings and travel. Thailand has confirmed a total of 3,045 cases, including 57 deaths.

— 19 NEW CASES IN SOUTH KOREA: South Korea is continuing to trace new virus infections and preparing for more students to return to school. Most of the 19 new cases reported Tuesday were from the Seoul area, where officials are tracing transmissions linked to nightclubs and other entertainment venues. The new infections caused concern as the phased reopening of schools began last week. Around 2.4 million students are to return to school on Wednesday. Health Minister Park Neung-hoo urged school officials to double-check their preventive measures. South Korea also is requiring masks on public transit and in taxis. People have generally worn masks in public settings and no major disruptions were reported. After initial shortages, South Korea’s mask supply has now stabilized and people can buy three masks per week.

— CODES SPARK CONCERN: South Korean rights groups have criticized government plans to require some businesses to register their customers with smartphone QR codes as part of new anti-virus measures. They say the country’s technology-driven approach to COVID-19 has reached a point where an increase in state surveillance powers is a legitimate concern. South Korea’s Health Ministry has said “high-risk” businesses such as bars, nightclubs, gyms, karaoke rooms and concert halls will be required to use QR codes from June to register customers so they can be found more easily when transmissions occur. In a statement Tuesday, groups including privacy watchdog Jinbo Net said such a move would be excessive.

— VACCINE TRIAL BEGINS: U.S. biotechnology company Novavax began injecting a coronavirus vaccine candidate into people in Australia with hopes of releasing a proven vaccine this year. The first phase of the vaccine trial involves 131 volunteers and will test the safety of the vaccine while looking for signs of its effectiveness. About a dozen experimental vaccines are in early stages of testing or poised to start. It’s not clear that any will prove safe and effective. Novovax expects the results of the Australian trial to be known in July and it’s making more doses in anticipation the vaccine will work.

— SRI LANKA VOWS ARRESTS: Police in Sri Lanka warned they will arrest people who do not practice social distancing as a curfew was eased in the capital. Sri Lanka imposed a 24-hour curfew on March 20 which was eased in much of the country two weeks ago and in the last districts including Colombo on Tuesday. A curfew from 10 p.m. to 4 a.m. remains in place. Police said officers with video phones were deployed to observe and arrest social distancing violators, who could face up to six months in prison. Health authorities say COVID-19 never reached community-level transmission in Sri Lanka, which has had more than 1,100 patients.

— SEVEN CASES IN CHINA: China reported seven new virus cases, all tied to Chinese returning from abroad. Just 81 patients remain hospitalized in the country with COVID-19, and another 408 are in isolation and being monitored for being either suspected cases or having tested positive for the virus without showing any symptoms. China has recorded 4,634 deaths from the disease among 82,992 cases. With the decline in numbers, students have gradually returned to class and some international schools in Beijing are preparing to reopen on June 1. China’s ceremonial parliament is meeting this week, with social distancing and other anti-virus measures being used.

— INDONESIA DEPLOYS SECURITY FORCES: Indonesia will deploy 340,000 security personnel to enforce health protocols as the world’s fourth most populous nation prepares to reopen its economy. Military chief Air Marshal Hadi Tjahjanto said soldiers and police will be stationed in 1,800 locations such as markets, public transportation, malls and tourist spots. Large-scale social restrictions are expected to end in Jakarta on June 4. Tjahjanto said the security personnel will ensure that people wear masks and respect social distancing. President Joko Widodo on Tuesday inspected preparations for reopening the subway in Jakarta and a shopping mall in its satellite city of Bekasi. Indonesia has reported 23,165 COVID-19 cases with 1,418 deaths, the most fatalities in Southeast Asia. 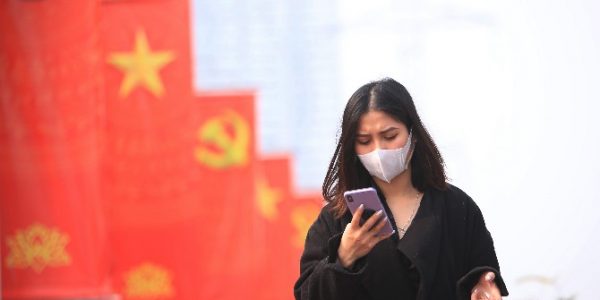