Ask the Vet | A basic guide to veterinary acupuncture 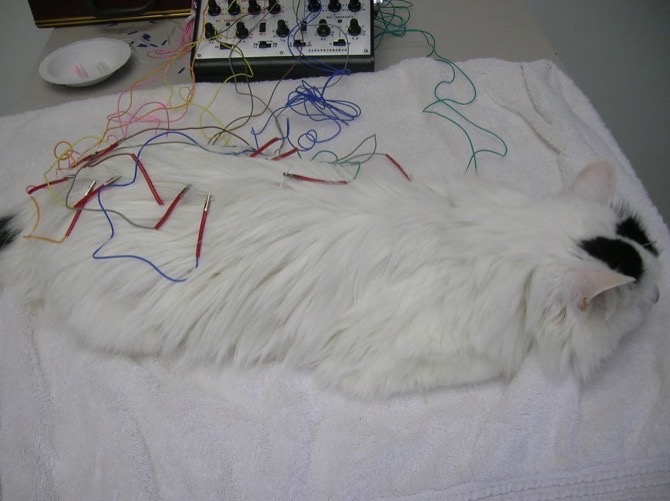 Veterinary acupuncture is based on the Chinese principles that have been used for centuries to heal various medical problems in humans. In pets, the acupuncture started to be used in the early 1970s. The treatment involves needles, which are positioned in various points in the body, aiming at reducing the pain and the symptoms of the pet.

Acupuncture is a treatment that may be applied in pets as well and is an alternative healing method.

This type of treatment has been developed by the Chinese people and is based on the belief that there are certain points in the body that may control entire regions. Consequently, if for instance the liver of the pet is affected, inserting a needle in the corresponding point in the pet’s body will heal the liver. There are some longitudinal points that should be used when inserting the needles.

Hypodermic needles are used. The treatment may be applied in various pet illnesses and it may be recommended to pets of all ages. However, pets under the age of 4 weeks or pets that are underweight may not be able to bear the needles, so the treatment should be avoided or performed under general anesthesia.

According to the principles of acupuncture, the insertion of the needles will not only reduce the symptoms, but will also stimulate the body to heal.

The pet illnesses that are most frequently treated with acupuncture include terminal illnesses or illnesses that cannot be treated otherwise. However, some vets will recommend acupuncture even in cases when other types of treatments are possible, offering a non toxic alternative.

Acupuncture in pets may be used in:

– Kidney failure and liver problems to

Acupuncture may be used in conjunction with other traditional treatments, but may be a self standing treatment as well.

The longitudinal points or meridians are the points where the needles will be inserted. For each point, there is a corresponding body region.

The meridians should be located and the needles should be inserted only in the points that are corresponding to the areas affected in the pet’s body.

In cats and dogs, the longitudinal points are located on the head, back and limbs and there are 44 points in total. An acupuncturist is familiar with all of these points and their correspondents.

The hypodermic needles and the acupuncture treatment

The treatment will require small gauge hypodermic needles, which are inserted in the longitudinal points established by the acupuncturist.

The needles are removed after a few minutes and the pet shouldn’t feel any pain. However, if the pet is very skinny, he may be more sensitive to the needles.

The pet may experience bleeding, but only in reduced amounts.

A full acupuncture treatment requires 4 to 8 sessions, depending on the pet’s condition. In some cases, more sessions will be recommended.

For any questions regarding the health of your pets please contact us at info@rvcmacau.com