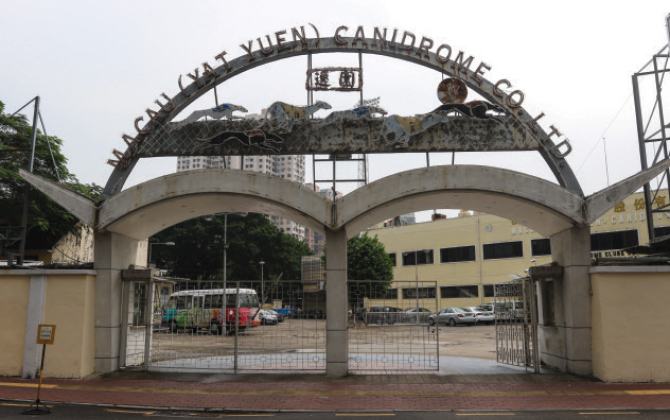 The Choi In Tong Sam Association has proposed to the government the possibility of saving the football court of the Macau Canidrome and using the remaining land to build schools for students living in the northern area of Macau. Earlier, the government claimed the land where Macau’s Yat Yuen Canidrome facility is currently standing and indicated that it should only be used for public purposes after the existing dog racing operations are dismantled.

Lawmaker Lei Cheng I, the vice president of the association, reminded the government of the high demand for schools in the northern areas due to the large number of students living in there.

As Lei noted, across Macau, there are 56,608 people aged nine years old and under, with roughly 41 percent of those living in Our Lady of Fatima Parish, which corresponds to approximately 23,000 children.

Furthermore, he said there is a total of 38,769 kids aged between three and nine years old in Macau, with 17,598 of them – 45.4 percent –
living in the general northern area of the Macau Peninsula.

Vong Kuoc Ieng, president of the Escola Choi Nong Chi Tai, who is also a vice president at the Choi In Tong Sam Association, commented that, in regard to children aged under nine years old, “it is unsuitable for them to go to school by crossing regions.”

Vong added “taking into account that these regions need more places for students, additional education-affiliated facilities in the community should be considered to respond to the needs.”

As noted by the association, approximately 3,170 housing units, both private and public, will be completed soon.

Vong also called on the government to help improve conditions of current schools located in the northern area.

He pointed out that Macau currently has 15 school campuses based on the sites of old public houses and that students studying in these schools lack space for activities.

Nevertheless, Vong called on the government to give importance to the equality concerning the study and development of students.

“[The government] should build campuses for schools of reduced dimensions,” proposed Vong.

It is believed to be reasonable for the government to build three at the Canidrome site.

Currently, the Canidrome features a dog track, a football field and a pool.

The association have suggested that the authorities should renovate the football field and the pool, set up additional indoor sports facilities, and open all these facilities to students and local residents.