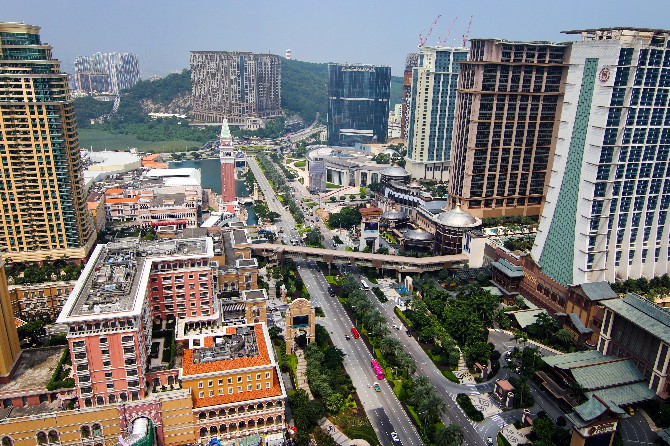 The Public Security Police Force (PSP) said that there has been a significant decrease in the number of people crossing the borders of Macau, with the traffic now considered minimal.
This information came during yesterday’s press conference organized by the Novel Coronavirus Contingency Coordination Center at the Health Bureau (SSM) facilities.
The PSP representative noted that between January 27 and February 8, Macau’s border checkpoints registered total movement of 1.74 million entries and exits, representing a 76% decrease.
“Yesterday [February 8], at all border checkpoints of Macau, there were entries of 22,000 people, from which 8,100 were Macau residents, a drop of 17.8% when compared to the previous day,” he said. Of the 22,000 people entering, only 2,200 were tourists, just 10% of the total number of entries.
The situation in the opposite direction was similar, with 24,000 people exiting Macau. Of these, 8,500 were residents of Macau, resulting in a drop of 19.8% compared to the previous day. The number of tourists exiting the region was 2,200, with non-resident workers (TNRs) making up the most exits from Macau (12,000) and the percentage of tourists dropping by 40% when compared to the previous few days.
According to the PSP, the numbers are significantly lower than the ones registered in the previous days, hence the traffic is considered minimal at the moment.
The PSP representative noted that 2,400 people also entered and exited Macau via the Hong Kong-Zhuhai-Macau Bridge, which would further decrease numbers since, as of midnight yesterday, Hong Kong authorities started enforcing mandatory quarantine measures for all people entering, including residents of Macau. The PSP spokesperson said that the number of tourists entering Hong Kong has dropped by 64.4% to just 621 people, adding, “until noon today [yesterday], seven people, from which four were from Macau and three were foreigners, have turned back and gave up on entering Hong Kong via the bridge.”
Questioned by the media about the large number of non-resident workers (22,000) still crossing the borders on a daily basis and potentially putting the effectiveness of such infection control measures at risk, the PSP spokesperson insisted that the current measures of the government are effective.
“As I mentioned, the total number of people that cross the borders [of Macau] is just 46,000, that is compared to a normal peak period of around 600,000 a day. There was a drastic reduction and so I think that the measures [enforced by the Macau government] are effective.”

Nine patients may
be released soon
During yesterday’s press conference, Dr. Chang Tam Fei, on behalf of the SSM, told the media that currently the nine patients diagnosed with the coronavirus in the care of health authorities have all responded well to treatment. They are in good condition and may be discharged from hospital soon.
“Honestly, we expect, in the next few days, they can be released from the hospital. We don’t have any serious situations at the moment,” Chang said. “We still need to perform more tests to release them and we are not exactly sure when this can happen.”
Nevertheless, he noted that the nine novel coronavirus cases will probably be discharged in the next few days. “They are not going to stay much longer, it should be just a few more days. We will announce them case by case,” Chang said.

Tourism board confirms
closure of 15 hotels
Fifteen hotels have informed the government of their complete closure during the 15-day suspension on gaming activities that began last week, according to Inês Chan, a representative of the Macao Government Tourism Office (MGTO).
Previously, it was announced that The St. Regis Macao, Four Seasons Macao and Conrad Macao were closed, as well as and the Grand Harbour Hotel located in the Lam Mau area. Joining them yesterday was the Legend Palace, Sofitel Ponte 16 and Rocks Hotel at Fisherman’s Wharf. The others, whose names were not disclosed, are hotels from lower quality categories as well as hostels, Chan informed.
Chan was questioned about several other hotel units not mentioned in the MGTO report who have suspended their online bookings. She said, “besides the closed units, there are some that due to a lack of human resources are restricting the number of reservations. But since they are not stopping their operations, they do not need to communicate that [rearrangement] to MGTO as it’s a business-
related measure.”