Aviation | New sevices base well entrenched and ‘here to stay’ 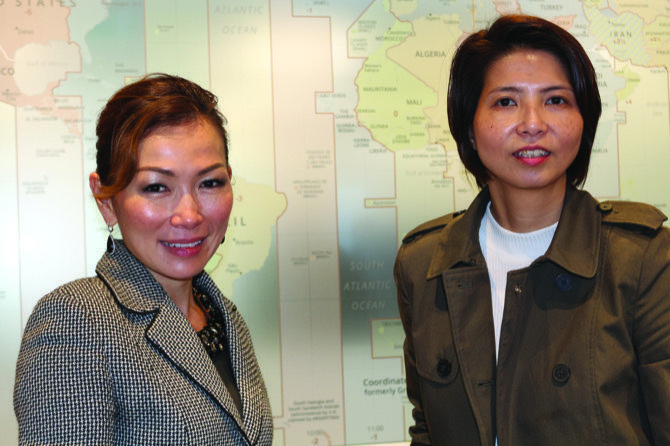 TAG Aviation, a private and business aviation services firm, has chosen Macau for its first fixed base operation in the Asia-Pacific region. Joining three existing operations in Farnborough, Geneva and Sion, the new base will provide business aviation services, including on-site customs and immigration clearance, flight planning and chartering, and aircraft maintenance and servicing.

It opened only a few weeks ago, but at a visit to the TAG Macau office this week the Times learned that the operation is already well entrenched.

Business aviation is flying high in China and global players are keenly eyeing the market. Forty percent of TAG’s clients come from the Southeast Asia and mainland China region, according to a representative of the company, and despite having just opened the fixed base operation, the upcoming Chinese New Year has generated “more business than we expected.” 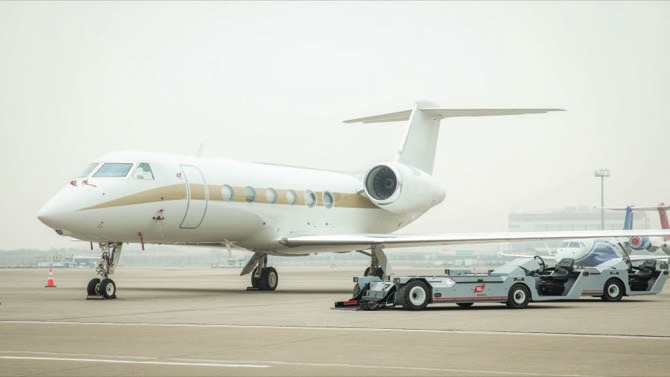 That might be the case, but with a Hong Kong presence since 2006, Macau has long been on TAG’s radar. In fact, company representatives said that TAG had scouted Macau as an expansion opportunity over a decade ago and were aware of the city’s potential.

“We identified Macau as a good opportunity,” said Jolie Howard, chief executive officer at TAG Aviation Asia. “When TAG first started operating [in Asia], we actually came to Macau to see if there was space for us. That was 12 years ago.”

At that time there was just a single concession in Macau for a fixed base operation and fewer than 1,000 general and business flight movements.

Little over a decade later and the airport business is booming.

The Macau International Airport recently opened the north extension to the passenger terminal building, with plans for the south extension scheduled to begin soon. General and business flight movements today exceed 3,100, according to latest information released by the Civil Aviation Authority, while local aviation authorities are projecting passenger traffic will climb to 8.7 million in 2019, following a 15 percent rise last year.

When TAG revisited Macau about two years ago, the company learned that the local government wanted to open up aviation services to international players in order to accommodate the fast-growing business at the airport. The firm decided to bid for a new concession providing ground handling services for private jets.

In Howard’s words, TAG “saw the potential in Macau.” 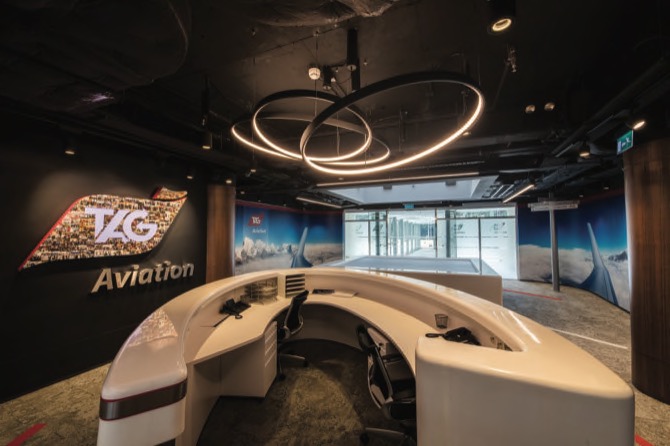 “We chose Macau because of the government’s attitude, which is welcoming to general aviation,” she explained. “It’s good that the airport [authority] recognizes the need to expand as that will help with the development of Macau as a destination.”

Rita Tam, who oversees the local arm of TAG as general manager of the Macau fixed base operation, said that according to her understanding of the Macau International Airport master plan, aviation authorities intend to build more airplane parking spaces in the coming years. She said that this represents an opportunity in Macau because these parking spaces are in short supply in neighboring Hong Kong, where the firm operates in aircraft operations support and maintenance services.

“In Hong Kong we have a lot of business, but the [problem] is a lack of parking space for airplanes,” said Tam, adding that infrastructure improvements in Macau could prove the impetus to promote the local business aviation sector.

Indeed, the added space is a necessity for TAG as a business aviation firm that needs to be flexible in the services it provides to clients.

According to Howard, “we have to be more flexible [than commercial airlines] because we have to adapt to the individual owners. We don’t know where they are going to want to fly, we can’t predict that. We have to be like a limousine, and that’s different to what the [commercial] airlines do.”

Howard and Tam are optimistic about the future of the Macau International Airport. They said that the expansion projects are a good sign of local authorities’ commitment to the development of the aviation sector, and that their new fixed base operation will help to build a presence in the Asia-Pacific business aviation market for both TAG and Macau.

“We certainly look at Macau from a long-term growth perspective over the next 10 to 15 years,” nodded Howard. “We are expanding our footprint in this part of the world and we are here to stay.”

THE MACAU International Airport Company (CAM) said it is still working on a deal with Turkish Airlines to establish a long-haul flight connecting Macau with Istanbul. If successful, the airline would be allowed to carry both passengers and cargo. A long-haul connection between Macau and a European flight hub has long been anticipated in the MSAR, with various proposals having been made in recent years. At a Media Spring Dinner held last week, CAM’s Director of Airport Operation Antonio Barros said that the airport was working toward establishing such routes that would open up connectivity to Europe. Currently, there are connections between Macau and Moscow, as well as plans to explore route development for the Indian subcontinent.