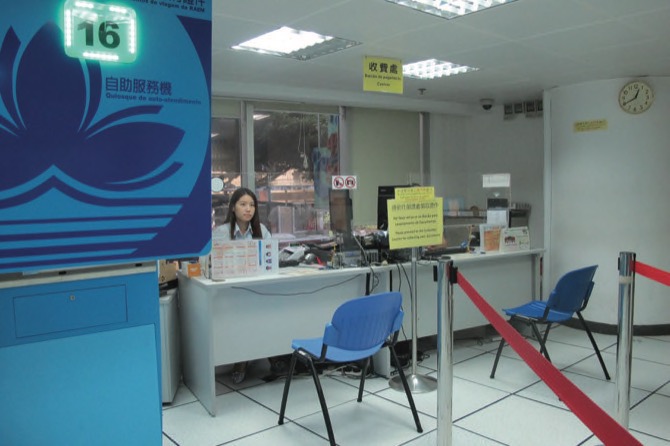 The resume of service concerns all types of public departments. The resume of basic public services does not mean government services will return in full force. Different departments will decide the number of civil servants who will return to their posts while those not being called to work are still recommended to stay home.

Kou Peng Kuan, Director of the Public Administration and Civil Services Bureau (SAFP), indicated that the resume of work decision is temporarily valid until this week.

Departments will independently decide the types of basic services to be resumed. Both the number of civil servants returning to work and the number of service counters will be decreased compared to the ordinary routine.

Members of the public are advised to call in advance the relevant departments or to visit their websites first to learn about the details of available services. The public is suggested to postpone a request if it is not urgent.

When questioned about the potential gathering of people after basic public services resume, SAFP director explained that the SAR government will deploy the minimum number of civil servants on duty. The purpose of this decision is to handle work accumulated during the past two weeks when only emergency public services were maintained. The local government hopes that the restart of work will help alleviate pressure for the future’s full force recovery of public services.

It was suggested by Kou that the resume of public service is only valid for this week and for further future, local government will make adjustment based on the epidemic development.

For this week, public service schedules will be equivalent to those of February 3 and February 4, during which public governmental departments only maintained basic operations.

Kou did not reveal how many civil servants will return to work, having only said that most will still stay home. The SAFP head also reminded that service availability will be announced on government websites. In addition, he remarked that civil servants living in Zhuhai will not be arranged to return to work.

Leong Iek Hou, SSM Control of Communicable Diseases and Surveillance Diseases Department Coordinator, suggested that indoor public spaces should accommodate 50% or fewer people in accordance with relevant capacity, and that workers should keep a one to two meters distance between each other while on duty.

Besides government departments, SSM hopes that other organizations can use the SSM health declaration form.

Lei Wai Seng, Department Head of Intensive Care and the Emergency Department of Centro Hospitalar Conde de São Januário (CHCSJ), highlighted that the health declaration does not need a proof issued by a doctor. The public will only need to fill in the form on the SSM app to declare they have neither fever nor cough symptoms.

The local government did not reveal plans or information related to the reopening of casinos.