Basketball | Terrific 12 tournament to go ahead amid Covid-19 restrictions 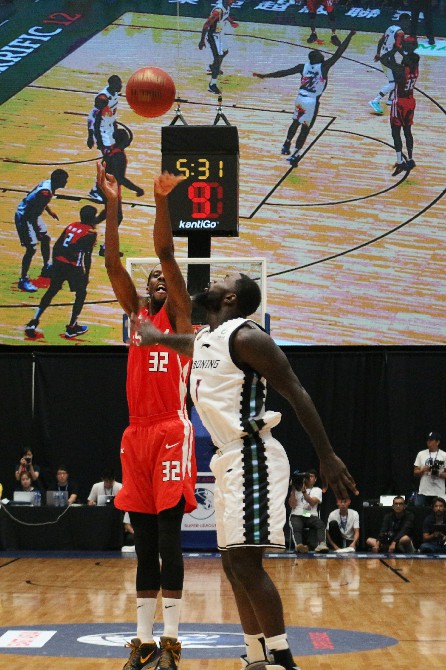 The East Asia Super League (EASL) will push through with The Terrific 12 basketball tournament this year, despite the many Covid-19 restrictions in place.
According to EASL CEO Matt Beyer, the event will take place on its original dates in late September this year. The last two editions of the event were also staged in Macau.
Beyer’s revelation came during an online talk hosted late last week, themed “Basketball After Covid-19.” The talk was organized by Hoop Coaches International, a group dedicated to elite youth basketball coaching in Asia and Australia, and Philippine professional basketball team Blackwater Elite.
Sharing his perspective regarding the basketball industry’s development following Covid-19, Beyer said that he is currently working closely with local officials to ascertain whether the event can proceed as originally planned.
“For this fall, so far, we are planning to have our event in Macau from September 15 to 20,” Beyer said. “We are already in the final planning stages with the Macau Sports Bureau, and we are discussing a strategic partnership with one of the major integrated resorts for that.”
The EASL CEO also noted that the pandemic has already been contained in Macau, as there have been no new cases since last month and those who were infected have basically recovered.
Although he expressed his hope that the tournament will go ahead, Beyer also remarked that for that to happen it is necessary for the Asian basketball leagues to resume their activity. However, this has not yet occurred, with all the leagues being put on hold due to the coronavirus crisis.
Additionally, two important stakeholders in this process, the Korean Basketball League and the Japanese B.League, had already announced the cancellation of their seasons. Meanwhile, another important player, the Philippine Basketball Association, will make a final decision on their national league by August.
The Chinese and Taiwanese Leagues are further along in their processes, with the former announcing a potential return to the courts in July. Taiwan’s Super Basketball League was the only league that did not stop games. They managed to end the season on April 30, with Taiwan Beer coming out as a final winner after six games against the Yulon Luxgen Dinos.
Without giving away any details about EASL’s intentions regarding the event, Beyer hinted that The Terrific 12 could still be in the position to move ahead, with representatives from China, Taiwan, and the Philippines potentially.