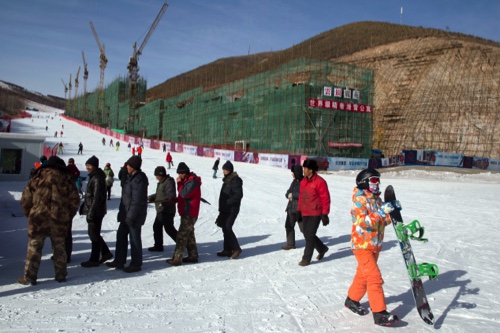 A snowboarder walks past migrant workers near a hotel under construction next to a ski slope at the Chongli ski resort in Hebei province where Nordic skiing, ski jumping, and other outdoor Olympic events are proposed to be held for Beijing’s 2022 bid