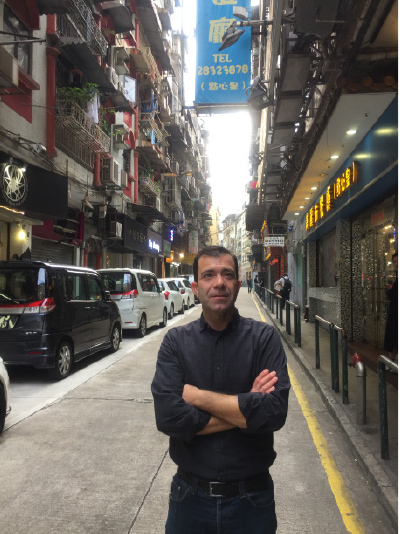 Online blog Macau Antigo has had more than 1.5 million visits since its establishment in 2008, founder João Botas told the Times.

The milestone comes after Macau Antigo recorded its one millionth visit in September 2016, according to data provided by Google Analytics. Today, the site has an average of 15,000 visitors per month.

Since 2008, more than 4,000 posts have been published on chapters from Macau’s past, which, according to Botas, makes Macau Antigo “probably the biggest online documental archive about the history of Macau.”

Most of the blog entries are written in Portuguese, although English-language translations are becoming more common on the site.

At the time of print, the most recent entry was about the house of General Ye Ting (1896-1946), a Chinese military leader who helped to lead the People’s Liberation Army during the first half of the 20th century. He went into exile in Europe after the failed Canton Uprising of 1927, and later went into hiding in Macau.

Today, his former residence, a European-style two-story building located on Rua do Almirante Costa Cabral, is preserved as a museum.

Botas said that many of his readers are Macanese diaspora living abroad, including many in the Western hemisphere. Last week, he said that the top three locations for his readers were Portugal, Macau and Brazil, although the blog also draws interest from other places of residence popular with the Macanese community – namely Hong Kong, mainland China, Canada, Australia and several European countries. DB