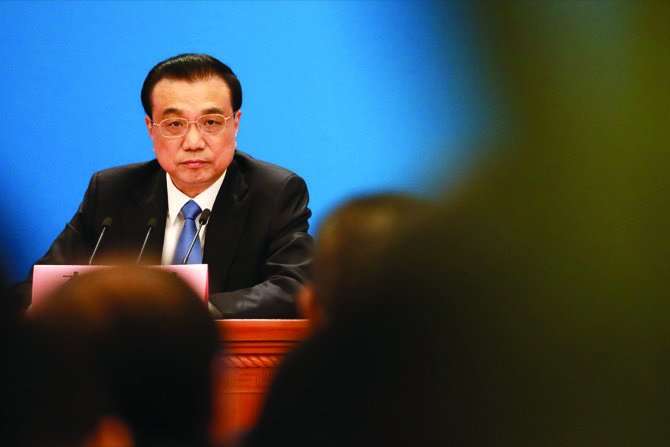 The Boao Forum for Asia that started this week provides a yardstick to measure China’s progress in implementing President Xi Jinping’s promises to open the nation’s economy more to outsiders, at a time when that’s of critical importance in negotiations with the U.S.

Last year’s pledges to liberalize the financial sector are being carried out, similar measures are underway in the auto industry, and the nation has overhauled its foreign investment law amid intense criticism of its handling of intellectual property and business practices.

Those efforts haven’t been successful so far in warding off Donald Trump’s ire, though negotiators are back in Beijing this week in further efforts to hammer out a deal to end the trade war between the two rivals. Premier Li Keqiang is expected to travel to the tropical island to address the forum tomorrow and may give further hints of opening-up measures or policies to cushion the slowdown in the world’s second- largest economy.

Li will be speaking to a much less high-powered crowd than last year, when at least six heads of state and government, the heads of the United Nations and the International Monetary Fund all gathered to hear Xi’s address.

Here’s what China’s government has done to implement what it promised at 2018’s Boao Forum:

Xi and central bank governor Yi Gang last year detailed an historic opening-up of the financial sector. Foreign banks, insurers and securities companies are now allowed to hold majority stakes in their subsidiaries in China. However, the take-up by foreign companies has been slow.

UBS Group AG took control of its subsidiary and American Express Co. won approval to build a bank-card network in China. Mastercard Inc. is seeking a share of the payments market. Many other companies though are taking a wait-and-see approach.

The reaction to increased access to the domestic stock market has been similar. The daily amount of mainland stocks that can be traded across the two stock links with the outside world was quadrupled to USD15.5 billion from May 1 last year. But trading rarely hit the quota even at the old level, and the increase in access hasn’t led to an uptick in use.

With China’s car market now the largest in the world, Xi’s promise to allow foreign manufacturers to hold majority stakes in their subsidiaries in China was seen as a boon for carmakers in both Europe and the U.S. However, only Germany’s BMW AG has moved to take over its joint venture, with the other companies continuing with the current structure. The problems in the domestic market, where sales dropped last year and rumors are swirling that some state-owned car companies will merge, may explain part of the caution.

As part of efforts to answer critics of China’s lax protection of intellectual property and protected markets, China recently passed a new law on foreign investment which banned forced transfers of technology and opens up more of the economy to outside companies. The law, which comes into effect next year, is in addition to the shrinking list of sectors from which foreign companies are banned.

However, there was a lack of detail in the law passed last week, and representatives of foreign companies were unimpressed with it. How it will be implemented in practice and whether it will really lead to a more open economy remains to be seen.

During the forum last year, the government promised to further overhaul its bloated state enterprises and push for more mergers in sectors such as power and coal, which are plagued by zombie firms, bankruptcy and debt defaults. However, so far, little more has happened on that front.

Boao is in the province of Hainan, which is looking to attract investment and tourism, including through becoming a free-trade zone and allowing horse-racing. It was reported in January that the island’s government will submit guidelines to develop horse-racing projects, but the progress is going slower than many may have expected last year. While some hotels started quietly preparing for the legalization of gambling in 2018, there has been nothing announced from the government and no visible progress. Bloomberg