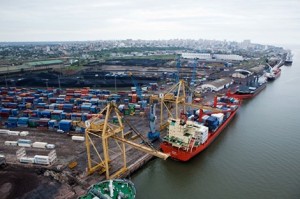 Botswana plans to start exporting coal from ports in Mozambique and South Africa, ahead of completion of a railway linking the country to Namibia, the chief executive of Botswana’s Chamber of Mines said recently.
Noting that mining of coal deposits in the Mmambula region in southern Botswana depends on completion of the Trans-­Kalahari Railway, Charles Siwawa said mining companies operating locally expect to start their projects by exporting through the ports of Maputo in Mozambique and Richards Bay, South Africa.
The CEO of the Botswana Chamber of Mines, a private entity that brings together several companies with interests in mining, said the wait for completion of the railway could prove “disastrous” for the economic ambitions of country, which include providing coal to countries like India and China.
In the face of a drop in coal prices on international markets, Siwawa stressed that mining should not make a rise in prices a condition for launching coal exploration, noting that exporting through Mozambique and South Africa will help operators develop their logistics capabilities.
With an export target of 60 million tons by rail between Botswana and Namibia, over a distance of 1,500 kilometres, the various operators installed in the Mmamabula coal region may bring coal production forward, with export capacity of around 20 million tons through the ports of Maputo and Richards Bay.
The Matola coal terminal at the port of Maputo, operated by Grindrod Limited, offers an annual export capacity of 6 million tons, which may increase to 26 million in the future, based on an ongoing expansion plan. MDT/Macauhub