British boxer Amir Khan has visited the school in northwestern Pakistan where Taliban militants massacred scores of children. Khan went to the school in Peshawar yesterday as part of a multi-day visit to Pakistan. He said he wanted to pay his respects to those who died in the attack on Dec. 16 and help encourage children who were scared to return to school. Khan was born in Britain but is of Pakistani origin. He traveled to Pakistan last week. Taliban gunmen stormed the military-run school and killed 148 people, including 132 children. During his trip, Khan announced that he would be building a boxing academy in the eastern city of Lahore. 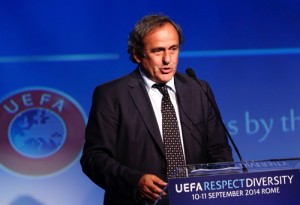 UEFA President Michel Platini is set to serve a third term after no rival candidate emerged before the deadline. The former France captain was first elected to run European football in 2007 and stood unopposed for a second term in 2011. Platini will be confirmed for a third term as president through 2019 at the UEFA Congress in Vienna in March after UEFA announced “the cut-off deadline of 24 December 2014 has passed for submissions of candidacy” with no rival candidates. In his second term, Platini enforced Financial Fair Play rules to curb club losses, introduced a minimum 10-game ban for racist abuse by players, and changed the 2020 European Championship format to feature 13 host countries.