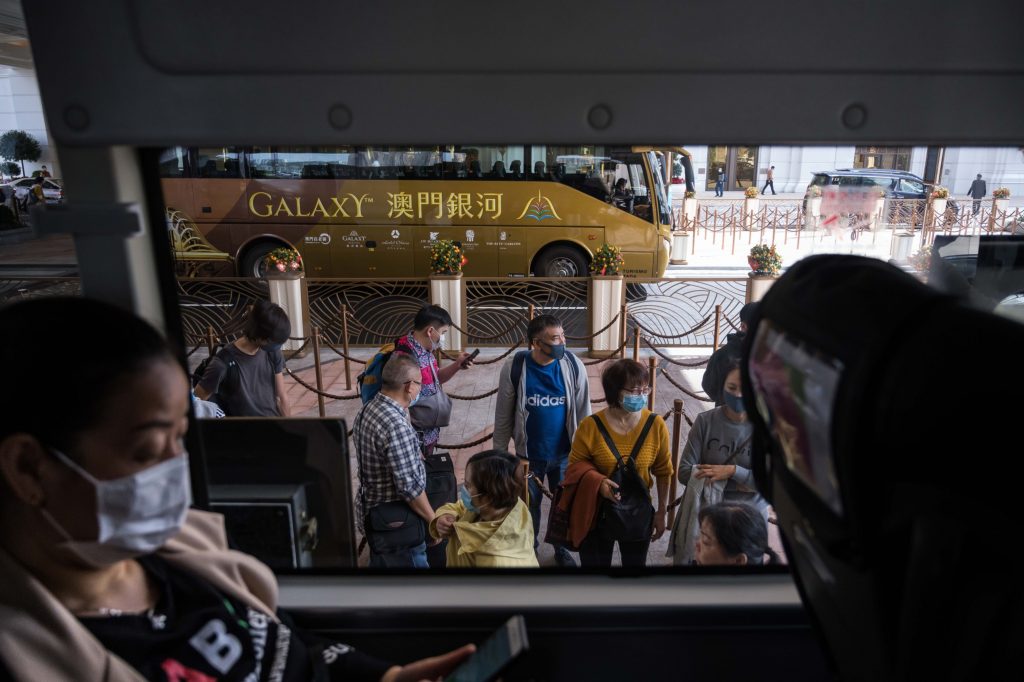 Ho added there is also a possibility that these measures will be extended for a period of months if the situation worsens. He also did not exclude the possibility of closing some of the borders from Macau to Zhuhai.

During the Tuesday press conference, Ho Iat Seng asked the Macau citizens to stay home in order to help contain the virus from spreading further.

He also announced that public services will be further reduced, appealing to cafes and restaurants to do minimum services.

The government announced Tuesday that from the 10 cases already confirmed in Macau, seven of them have been imported and three being local.

The move to suspend casino operations is the latest blow to the gambling mecca, which is struggling to recover from the worst annual revenue decline since 2015. It would be the longest-ever halt and only the second such instance, after a typhoon in 2018 forced a 33-hour shutdown.

The Bloomberg Intelligence index of Macau operators fell as much as 3.7% Tuesday on the news, with every stock in the gauge declining. MGM China Holdings Ltd. and Galaxy Entertainment Group Ltd. were the worst performers. None of the six casino operators immediately responded to requests for comment on the latest government announcement.

Macau will discuss suspension measures with the casino sector within the day, Ho Iat-seng said in the briefing. He added that the city would be able to afford the economic cost.

“This is indeed an extreme measure. It is unlikely for casino operators to pass all this burden to staff, so they may bear all the fixed costs and expenses,” said Angela Han Lee, equity analyst with China Renaissance Securities HK. “Near-term profit might fall into the negative territory.”

The move will be a major blow for the gambling enclave that reported the fourth straight month of revenue fall as China imposed travel curbs. It’s coming after a dismal year weighed down by the trade war, Hong Kong protests and slowing Chinese economy. The SARS-like virus has killed more than 425 people and infected over 20,000 in China, forcing companies to shut locations or ask local staff to work from home.

The likely closing of casinos comes as the entire region has been nearly shut off to travel, depriving the gambling center access to its biggest customers. Nearby Hong Kong has restricted transportation from the mainland, while Beijing has stopped issuing visas for individual travel to both Hong Kong and Macau. That cut off tourists and wealth gamblers from the mainland for Macau that derives 80% of its annual revenue from gambling.

“Due to the travel restrictions in place, virus concerns and no more visas issued under the individual visitation scheme, we expect the Gross Gaming Revenue to likely stay weak near term,” analysts at Credit Suisse led by Kenneth Wong said in a Feb. 4 note. “The suspension will drag the sector performance for a longer period, in our view.”

The looming shutdown is coming soon after the Lunar New Year holiday which saw a steep decline in the number of visitors. The festive period, when millions of Chinese travel and shop, typically gives a big boost to the casino revenue on the influx of tourists in Macau.

Visitor arrivals to Macau from mainland China have plunged 83.3% during this year’s Lunar New Year holiday, in a major blow to casino operators, according to data from Macau Government Tourist Office.