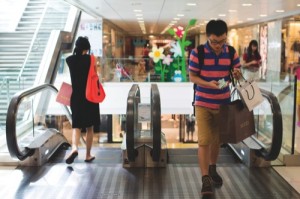 Almost half of China’s wealthy are considering relocating to a developed market within the next five years to find better education and job opportunities for their children, according to a report by Barclays Plc. North America and Europe may see the greatest influx of wealthy individuals, according to the report by Barclays Wealth Insights, which surveyed more than 2,000 individuals and investors. “The reality is that most ultra-high net worth individuals in China are probably making money in China right now,” Liam Bailey, head of residential research at London-based broker Knight Frank LLP, said in the report. “So, for business reasons, they need to be relatively close. That might prevent some of them going further afield.” The survey was conducted among individuals with more than USD1.5 million in total net worth, said Barclays, the U.K.’s second-largest bank by assets. China leapfrogged Germany and Japan in the past five years to trail only the U.S. in a ranking of countries by private wealth, according to a study by Boston Consulting Group in June.

A well-known 81-year-old Chinese writer was taken from his Beijing home and detained by police after he wrote several articles critical of a senior politician, his wife said yesterday. Police took away Huang Zerong, better known as Tieliu, on Sunday and issued a notice later that he had been detained on the vague charge of causing trouble, his wife, Ren Hengfang, said. She said police also detained Huang’s medical caregiver on the same charge on the same day. There was no explanation of why the caregiver was detained. Beijing police did not immediately respond to a request for comment. Huang’s wife said he recently wrote several articles criticizing Liu Yunshan, a member of the powerful Politburo Standing Committee and the ruling Communist Party’s propaganda chief, for tightening controls over the news media. She said the articles appeared on overseas websites. China’s leadership has become less intolerant of criticism, and authorities are increasingly using coercion and detentions to suppress dissent.

Beijing’s municipal government has announced a new employment standard for foreigners, lifting the threshold for acquiring a job in the city. Announced on Sunday, the new standard stipulates that non-Chinese citizens who wish to work in Beijing should meet four requirements: They should be aged between 18 to 60, with no criminal record; have a Bachelor’s degree or above with at least two years of relevant work experience, but teaching requires at least five years of relevant experience; have a specific named employer and a valid passport or other valid international travel documents; and finally, hold a valid work permit, or a residence certificate for work. However, the age limit for candidates applying for programs recruiting senior foreign experts to work in China is 65 years old. According to statistics from the municipal government, more than 37,000 foreign citizens from the United States, Japan, the Republic of Korea, Germany and Australia, among others, now work in Beijing, with 95 percent holding a Bachelor’s degree or above. They mainly work in the fields of information, computer science, education, consulting and science and technology.

China’s Xinjiang region is building a community where majority Han Chinese and ethnic Uighus can live together, the Xinjiang Daily newspaper reported, as the region grapples with tension between the groups. The program, named Harmonious New Village, is being built in Hotan and has seen 6,700 applications for 600 spots so far, the newspaper reported Sunday. Farmer families of different ethnic groups will get a greenhouse, a yard and 0.33 hectares for each household, the newspaper said. People of different ethnic groups are an important force to fight terrorism and maintain stability, Xinjiang Communist Party Secretary Zhang Chunxian said, according to the report. China has waged a security crackdown in a bid to stifle what it calls a surge in terrorism in Xinjiang. A series of bomb and knife attacks in Xinjiang, Beijing and the southern city of Kunming, as well as clashes between police and ethnic Uighurs, have killed scores of people in recent months.