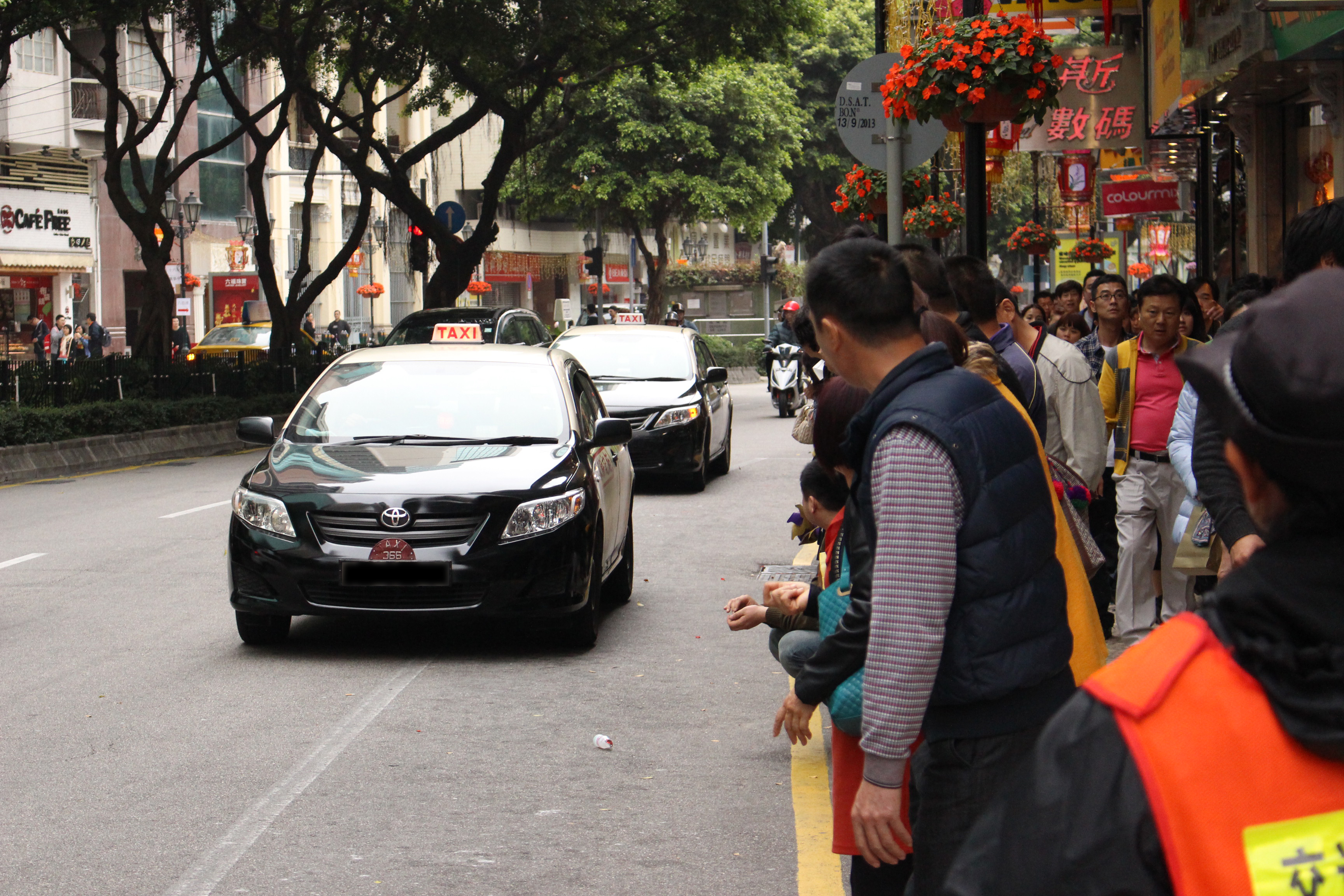 The President of the Associação dos Comerciantes e Operários de Automóveis de Macau, Leng Sai Vai, suggested revoking the driving licenses of taxi drivers who consistently overcharge passengers. According to Jornal Va Kio, Leng said that there have been cases of taxi drivers being ticketed four times in one day due to overcharging infractions, while others have stopped their vehicles for more than two hours to avoid picking up passengers. Leng believes that the city’s taxi infractions have deteriorated to new lows in recent years, and that the low penalties applied to drivers is the reason behind this phenomenon. Leng suggested cancelling the driving licenses of those taxi drivers who have three overcharging infractions. He also suggested that the government install GPS devices inside taxis to track the vehicles’ locations and to provide location updates to passengers.

Visitors up 9.4pct in November

Visitor arrivals for November increased by 9.4 percent year-on-year to over 2.83 million, a growth that has been mainly driven by a double-digit increase in visitors from the city’s most important source of inbound tourists, mainland China, according to data released yesterday by the Statistics and Census Service. In November, the number of overnight and same-day visitors rose by 10 percent and 8.8 percent year-on-year to 1.51 million and 1.32 million respectively. The average length of stay of visitors in November was 1.2 days, on par with the figure in the previous month as well as in the same month last year. The number of mainland Chinese visitors to Macau in November was slightly above 1.98 million, up by 16.1 percent year-on-year. Among them, 886,093 visitors were travelling under the Individual Visit Scheme, up 12 percent from the prior-year period.