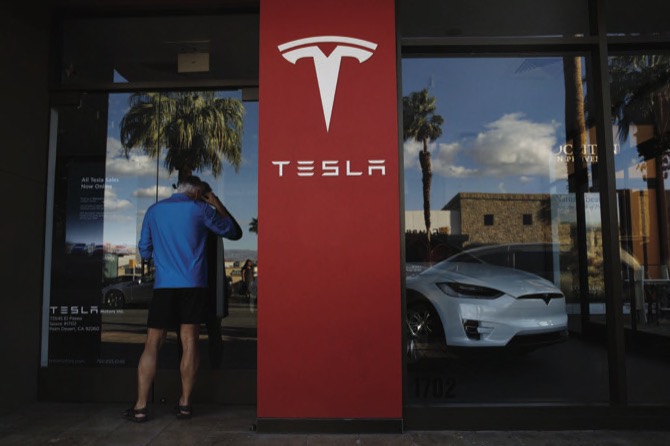 Tesla Inc. and its Chinese competitor NIO Inc. are looking into fires involving their vehicles, as videos of a car bursting into flames circulate on social media in the world’s largest electric auto market.

A white sedan bearing Tesla’s logo was caught on a video taken from a closed-circuit camera emitting smoke from both sides Sunday evening, before catching fire. A team from Tesla has been sent to Shanghai to look into the incident and is in touch with local authorities, the carmaker said on its official Weibo account yesterday. As far as Tesla is aware, there were no casualties.

A few hours later, NIO – a Shanghai-based EV maker that listed on the Nasdaq last year – said one of its ES8 models caught fire in the north-west Chinese city of Xi’an while being repaired. No one was harmed and NIO is investigating.

The incidents could fuel concern over the safety of EVs in China, which has thrown its weight behind the shift away from the combustion engine to combat pollution. Electric cars are increasingly using high-density lithium batteries to extend their driving ranges, as demand for the vehicles climbs. A mix of subsidies and favorable policies helped push Chinese EV sales beyond 1 million units last year, luring a raft of newcomers to the business.

In 2018, China recorded at least 40 fire-related incidents involving new-energy vehicles, a fleet that includes pure battery electric, hybrid plug-in and fuel-cell vehicles, according to the State Administration for Market Regulation. The watchdog has called for scrutiny of NEV quality and recalled more than 130,000 cars last year.

An electric car under the Zhidou brand part-owned by Chinese billionaire Li Shufu’s Zhejiang Geely Holding Group Co. burst into flames on the road in September, according to a TV station in the eastern city of Hangzhou. In August, a plug-in hybrid SUV under BYD Co.’s Song brand caught fire while it was parked at the gate of Shanghai’s Hongqiao railway station last August, according to thepaper.cn. Bloomberg