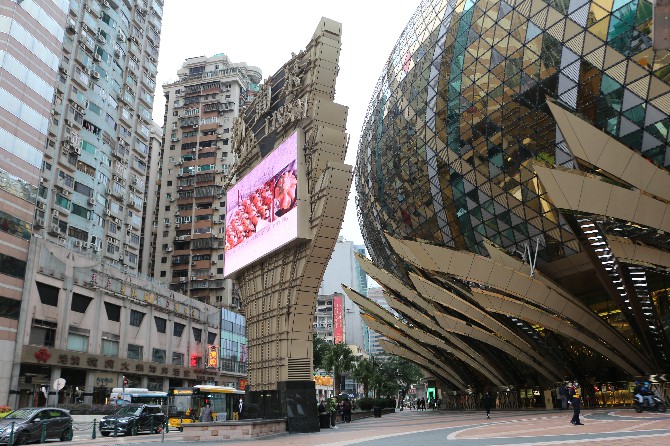 Macau casino operators have been told to reopen at the stroke of midnight Thursday unless they apply for a grace period considering themselves not ready to resume operations.
That is according to a dispatch published yesterday in the government’s Official Gazette, which affirms that the “special measure” introduced by the Chief Executive on February 4 will be lifted this Thursday.
On February 4, Chief Executive Ho Iat Seng ordered the suspension of all gaming and entertainment activities in the Macau SAR for a period of 15 days, the longest such period since the liberalization of the sector nearly 20 years ago. The closure was designed to prevent a local outbreak of the infectious novel coronavirus, now known as Covid-19.
The Secretary for Economy and Finance, Lei Wai Nong, told the media yesterday that the decision to permit the reopening of casinos was made after extensive evaluation of the risk to the community regarding the novel coronavirus. He added that only casinos were allowed to reopen with other entertainment venues instructed to remain closed.
Lei said that the six casino concessionaires have been told they can apply to the government for a maximum 30-day closure extension period during which time they will not be required to operate. After the extension period elapses, the casino operators will be required to resume normal operation. The secretary said that some casino operators have already expressed their intent to apply for the grace period during earlier meetings with the government. However, no official application had been received as of yesterday afternoon.
Several other precautionary measures were advanced by the government and representatives of the six casino operators during the meetings. According to the government, they include a consensus on the need for thorough checks at all casino premises, the imposition of body-temperature checks at casino entrances, a requirement that all employees and patrons wear face masks and that the space between gaming tables be increased to prevent a large number of people from concentrating in a small area.
The reopening of casinos comes amid the steepest drop in visitor arrivals in Macau’s history and an overall challenging moment for the local economy. Last week, immigration services indicated that the city was receiving about 2,000 daily visitors. That suggests tourist arrivals are down more than 98% in year-on-year terms and spells bad news for entire sectors of the Macau economy that rely on tourism.
It also spells bad news for casino floors, whose operators have been shifting to mass market gambling models to appease the local government’s drive for diversification and to insulate their businesses better after the 2014 gaming depression.
“Diversification may be the politically correct narrative, but when it comes to the economic reality, we are no way near that,” said gaming analyst Ben Lee, managing partner of IGamiX Management & Consulting.
Lee told the Times that the recovery will be fueled by the VIP market, which has historically been the first segment to recover after economic downturns in Macau. That threatens to overturn a milestone achieved in the industry last year, when the mass market overtook the VIP segment in terms of gross gaming revenue market share for the first time.
“When the situation normalizes – possibly in the third or fourth quarter of this year – we expect VIP to recover first,” said Lee. “We saw that happen post-SARS in 2003, post-financial crisis [of 2008] and post-depression in 2014.”