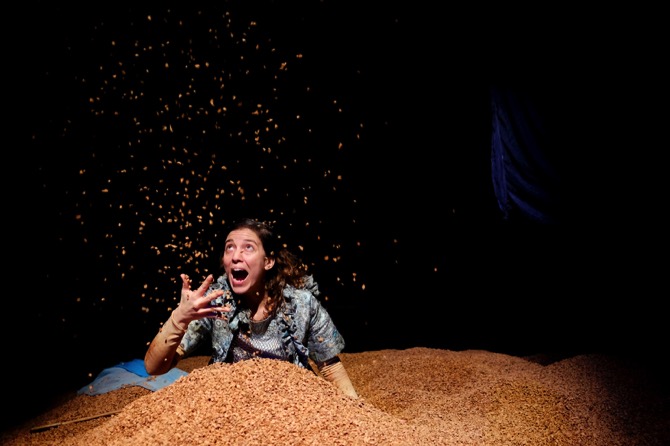 The Macao Cultural Centre (CCM) is launching its first “ARTwarming Winter”, a string of performances scheduled for December, featuring music and theatrical productions.

On December 20, CCM will hold another Children’s Choir Annual Concert, bringing the theme “Dreams” to the forefront.

From Christmas classics to popular songs, the choristers will enhance some of the musical sets with drama and choreographed moves.

From December 22 to 24, Belgian theatre company Laika will stage “Narrow,” a show where the action revolves around a couple’s quest for domestic bliss that turns out more bitterly than expected, CCM noted in a press release.

Sharing a miniscule house, the two protagonists contort their lanky frames to fit the flat’s interior.

“Narrow” was developed by a group of artists from a diverse range of disciplines, taking children and teenagers into a world of surprises where nothing can be taken for granted.

Laika will simultaneously host two miming workshops for families and kids, demonstrating to little ones and their parents how to use body language through interactive games.

Meanwhile, Spanish troupe Ponten Pie is bringing “Loo,” a children’s play that will take the audience on an adventurous journey, led by a mysterious force coming from exotic lands.

Coming from the plains of India and Pakistan, “Loo” is a hot and powerful wind that pushes dunes, drying up wet lands and seas in its path to create deserts. Specially created for boys and girls between two and five years old, the play is a sensorial experience without words.

Tickets for all “ARTwarming Winter” programs are already on sale.

“Narrow” will be staged four times over a three-day slot, while six performances of “Loo” will be held.