Chang’an | The little tech town punching above its weight 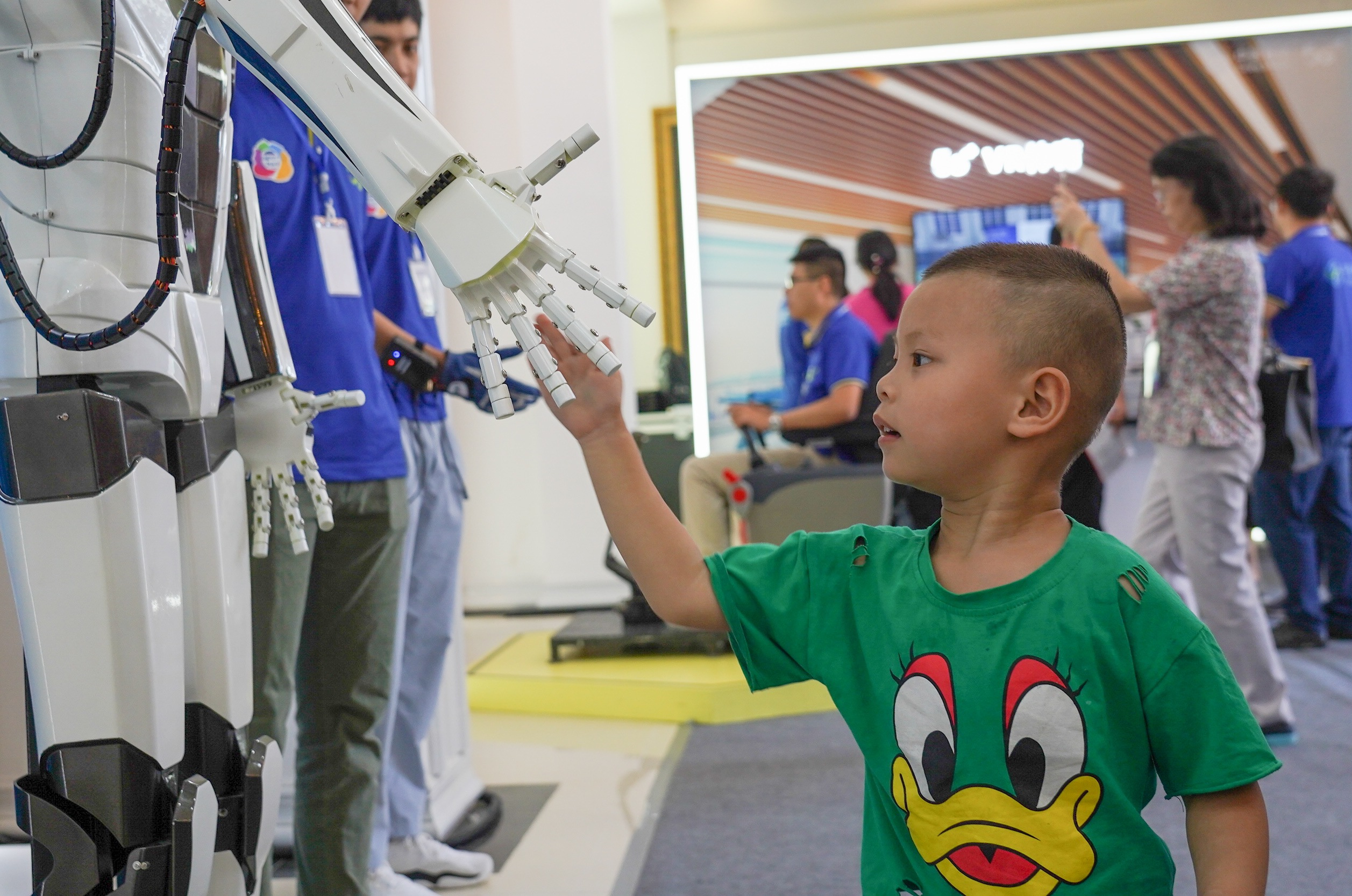 Located in the Pearl River Delta and administered by the city of Dongguan in Guangdong Province, Chang’an is a town on the frontier of China’s electronic information development. For years, it has been a major player in the electronics trade, but now it sees its future in intelligent manufacturing.
With an area of less than 100 square kilometers, Chang’an Town has seen its gross domestic product exceed 60 billion yuan (about $8.71 billion).
But more impressively, one out of every six mobile phones in the world is made in this small town with big aspirations.
Chang’an registered about 19% growth in foreign trade in the first half of this year, according to state media agency Xinhua, despite the increasing uncertainties in the global market. In comparison, the province of Guangdong saw its foreign trade grow 5.1% over the entire course of last year.
It is home to more than 1,000 enterprises related to smartphone manufacturing, with more than 200,000 workers.
The growth is being driven by a focus on innovative research and intelligent manufacturing, which are beginning to replace the production of more basic electronic goods of the past. In the first half of this year, Chang’an achieved year-on-year growth of more than 10 percent in high-tech manufacturing output.
The jump into smartphone manufacturing began with OPPO and Vivo, two Chinese mobile smartphone brands born in Chang’an in 2004 and 2009 respectively. According to the international research firm IDC, OPPO and Vivo are co-ranked fifth in terms of global mobile shipments, and the two brands hold 15 percent of the global market share.
Seeing the town’s potential, other enterprises have also set up bases in Chang’an.
Huamao Electronics Group, which started as a hardware gadget maker, has grown into a manufacturer producing 6 million middle frame parts for cellphones every month, with its revenue expected to hit 2.7 billion yuan this year.
“We are extending and expanding our industrial chain, pursuing diverse development in areas such as intelligent wear, medical devices and auto parts,” said Quan Fei, a supplies supervisor with the group, according to Xinhua.
Since 2016, OPPO has stepped up its efforts in promoting research and development (R&D), with R&D investment set to reach 10 billion yuan this year.
Earlier this month, the company broke ground on its new R&D center in Chang’an. With a total investment of 2.2 billion yuan, the center will focus on developing and testing smartphones and their accessories. It is expected to begin operation in 2024.
“After the center is operational, it will take up the strategic role of leading OPPO’s technological development,” said Zhu Gaoling, deputy president of OPPO.
Besides Chang’an, the mobile giant has also set up R&D centers in China’s Shenzhen, Shanghai and Beijing, Japan’s Yokohama, as well as the Silicon Valley in the United States.
“Our R&D centers will be wherever the talent is,” Zhu said.
Chang’an has also been at the forefront of the new 5G technology, taking the lead in building 57 5G physical sites, with another 100 5G macro base stations soon to be built in the town.
So far, the 5G network covers the main intelligent manufacturing enterprises in the town, which provides support for their R&D activities.
The technology is poised to be rolled out nationwide in the next few years.
“The whole industry is preparing, with 5G related new products expected to enter the development phase at the end of this year and mass production phase next year,” said Quan Fei.
China Mobile, one of China’s major telecom operators, has claimed its 5G services would be available in more than 40 cities by the end of September, and said that users can enjoy the service without changing their cards and numbers.
Meanwhile, OPPO launched its first 5G smartphone, the Reno 5G, in the U.K. market in late May, in collaboration with British network operator EE.
“Supported by EE’s commercial 5G network, the Reno 5G will bring to consumers an unprecedented experience in cloud games, AR and VR,” said Derek Sun, global marketing director of OPPO. DB/Xinhua