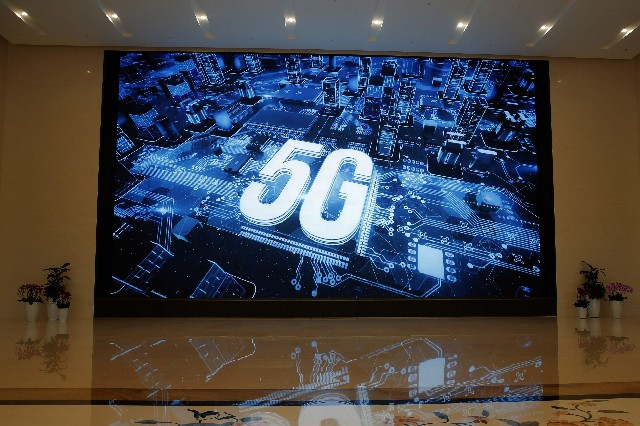 Australia’s ban on Chinese telecoms giant Huawei’s involvement in its future 5G networks and its crackdown on foreign covert interference are testing Beijing’s efforts to project its power overseas.
In its latest maneuver, China sent three scholars to spell out in interviews with Australian media and other appearances steps to mend the deepening rift with Beijing – a move that appears to have fallen flat.
In a recent press conference at the Chinese Embassy in Canberra, Chen Hong, the head of Australian studies at East China Normal University, accused Australia of acting as a “pawn” for the United States in lobbying other countries against Huawei’s involvement in the nascent 5G networks.
“Australia has been in one way or another, so to speak, pioneering this kind of anti-China campaign, even some kind of a scare and smear campaign against China,” Chen said. “That is definitely not what China will be appreciating, and if other countries follow suit, that is going to be recognized as extremely unfriendly,” he said.
After meetings in Beijing last week, Richard Marles, the opposition’s defense spokesman, assessed the relationship as “terrible.”
A growing number of Australians are convinced that Beijing has been using inducements, threats, espionage and other clandestine tactics to influence their politics _ methods critics believe Beijing might be honing for use in other western democracies.
“Australia is seen as a test bed for Beijing’s high-pressure influence tactics,” said Clive Hamilton, author of “Silent Invasion,” a best seller that focuses on Chinese influence in Australia.
“They are testing the capacity of the Australian democratic system to resist,” he said.
Still, Australian officials have downplayed talk of a diplomatic freeze. They must balance a growing wariness toward China and their desire for strong ties with the U.S. with the need to keep relations with their resource-rich country’s largest export market on an even keel.
Australia relies on China for one-third of its export earnings. Delays in processing of Australia exports of coal and wine at Chinese ports have raised suspicions of retaliation by Beijing.
While Prime Minister Scott Morrison appeared to side with President Donald Trump on the issue of China’s trade status during a recent visit to Washington, he sought to temper suggestions by Trump that he had expressed “very strong opinions on China” in their closed-door meeting.
“We have a comprehensive, strategic partnership with China. We work well with China,” Morrison replied.
Trump and Morrison did agree that China has outgrown trade rule concessions allowed to developing nations, advantages it insists it should still be able to claim.
Australia also chose to side with the U.S, in shutting Huawei, the world’s biggest telecom gear producer, out of its next generation 5G rollout on security grounds.
Huawei, and the Chinese government, objected to that, saying the security concerns were exaggerated for the sake of shutting out competition. But Huawei still renewed a sponsorship deal with an Australian rugby team, saying it hopes the ban will be lifted. AP