China backs away from growth goal, sticks to virus controls 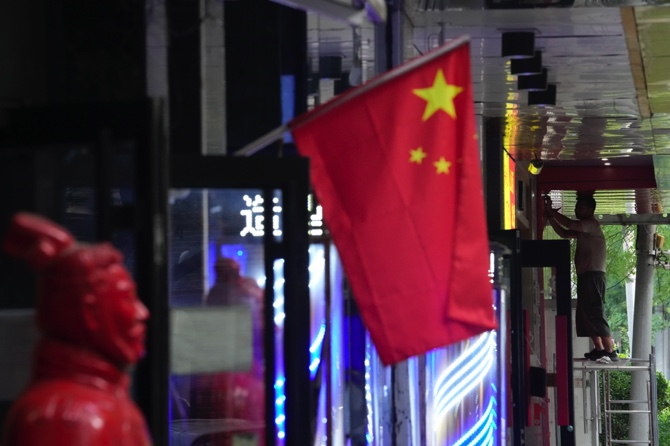 China’s leaders effectively acknowledged the struggling economy won’t hit its official 5.5% growth target this year and said yesterday they will try to prop up sagging consumer demand but will stick to strict anti-COVID-19 tactics that disrupted manufacturing and trade.

The announcement after a Communist Party planning meeting reflected the high cost President Xi Jinping’s government has been willing to incur to stop the virus in a politically sensitive year when Xi is widely expected to try to extend his term in power.

The party promised to “strive to achieve the best results” in the second half. It didn’t directly address the growth goal but dropped references in earlier statements about targets, effectively acknowledging the economy will fall short after growing just 2.5% over a year ago in the first half.

“Policymakers implicitly walked back from the original growth target,” said Larry Hu of Macquarie Group in a report. “It means that they no longer view 5.5%, or even 5%, as achievable for this year.”

Party leaders promised to “actively act in expanding demand” and to make up for lack of consumer and business spending.

Retails sales, a major driver of growth, were off 0.7% from a year earlier in the first half after plunging 11% in April following the temporary shutdown of Shanghai and some other major cities to fight virus outbreaks.

Yesterday’s statement affirmed support for the anti-COVID-19 strategy despite its rising economic cost and social disruption.

“We should resolutely and conscientiously implement the policies and measures for the prevention and control of COVID-19,” the statement said. “We should do a good job in tracking virus mutations and developing new vaccines and drugs.”

Forecasters don’t expect Beijing to ease anti-virus controls until at least after a ruling party congress in October or November, when Xi is expected to try to break with tradition and award himself a third five-year term as party leader.

China rebounded quickly from the pandemic in 2020, but activity weakened as the government tightened controls on use of debt by its vast real estate industry, which supports millions of jobs. Economic growth slid due to a slump in construction and housing sales.

Repeated shutdowns and uncertainty about business conditions have devastated entrepreneurs who generate China’s new wealth and jobs. Small retailers and restaurants have closed. Others say they are struggling to stay afloat. JOE McDONALD, BEIJING, MDT/AP