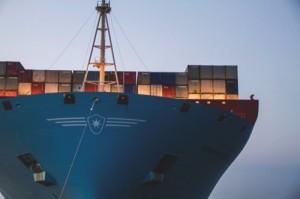 The government of Mozambique Wednesday in Maputo signed a framework agreement with China with a view to granting a loan of USD120 million for reconstruction of the fishing port of Beira, in Mozambique’s Sofala province.
Mozambique’s finance minister, Manuel Chang, highlighting the importance of infrastructure for development of the central region of the country, said that framework agreement precedes a funding agreement with the Export and Import Bank (ExIm) of China, which is expected to grant the subsidized loan by the end of the year.
Chang said that the initiative is part of a portfolio of 11 projects for the 2013-2015 period, for which the Mozambican government has requested funding from China, and that is mainly focused on building infrastructure, with an overall budget of US$1.4 billion.
With this reconstruction and expansion work, Chang said, the fishing port of Beira will handle about 70,000 tons of fish per year, generating more trade and jobs in the region, as well as adding to equipment for “handling, refrigeration and storage,” at the port.
The Chinese ambassador to Mozambique, Li Chunhua, noted the success of similar initiatives funded with Chinese capital, which “offers good prospects” for the agreement and further noted China’s interest in, “expanding cooperation with the country and deepening the traditional friendship between the two peoples. ”
China has been playing an increasingly important role in lending to Mozambique for infrastructure, including the construction projects of the international and domestic terminals at Maputo International Airport and Zimpeto National Stadium (completed), as well as the Maputo Ring Road and the Maputo/Catembe bridge, to a total value of over US$1 billion.
Figures on the Mozambican Ministry of Finance website show that in 2013 China funded construction projects to build the Presidency building and rebuild National Road 6 between Beira and Machipanda, in the amount of US$71.9 million and US$416.5 million, respectively.
Between 2012 and 2013 the loans granted by China to Mozambique rose from US$342.52 million to US$672.01 million, according to the Ministry of Finance. MDT/Macauhub