China Inc. set for biggest US IPO year since 2014 despite spat 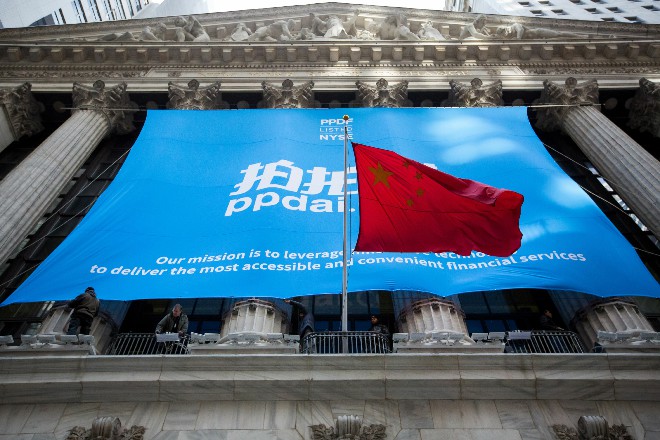 Chinese companies are choosing to make their market debuts in the U.S., even as Beijing and Washington spar over everything from trade and coronavirus to audit access.
Firms based in China have raised $9.1 billion through U.S. initial public offerings this year, according to data compiled by Bloomberg, putting 2020 on course for the highest annual total since 2014. The list is still growing: Chinese budget consumer goods retailer Miniso Group Holding Ltd. has started its U.S. IPO that could raise as much as $562 million, while Lufax Holding Ltd., a Chinese fintech firm, filed yesterday for a U.S. listing that could potentially raise at least $3 billion.
“The U.S. remains an attractive venue for Chinese companies to list,” Tucker Highfield, co-head of equity capital markets for Asia Pacific at Bank of America Corp., said in a phone interview. The U.S. still offers Chinese firms greater flexibility, deeper liquidity and a much more time-efficient listing application process, he said.
The surge came as tensions between the world’s two biggest economies spilled over this year, in everything from trade to markets. President Donald Trump in May said he was “looking at” Chinese companies that don’t follow U.S. accounting rules. In August, American regulators threatened to ban Chinese companies from listing in the U.S., citing Beijing’s refusal to allow inspections of the firms’ audits.
For some, the threat of future delisting didn’t put them off. Online property platform KE Holdings Inc. in July raised $2.4 billion in this year’s biggest U.S. IPO by a Chinese firm, followed by electric carmaker XPeng Inc.’s $1.7 billion offering two weeks later.
Still, the U.S. is only getting a fraction of the business. China and Hong Kong picked up 86% of the $94.7 billion that Chinese companies have raised globally through initial offerings this year, data compiled by Bloomberg show. Ant Group Co.’s impending simultaneous listings in Hong Kong and Shanghai could pull in as much as $35 billion.
One reason Chinese companies are choosing to go public in the U.S. rather than closer to home is that unlike in their local markets, the U.S. allows companies to list even if they are not yet profitable. In Hong Kong, only biotech firms and those with dual-class share structures are exempt from the requirement. Miniso reported a loss of $37 million for the first six months in 2020, according to its filing. XPeng was also loss-making when it debuted in the U.S.
“Most of these pre-profit companies will find it hard to do fund-raising in Hong Kong,” said Steven Leung, a Hong Kong-based executive director at UOB Kay Hian. “Chinese companies prefer listing in the U.S. over the STAR board in Shanghai as the fund-raising will be in foreign currency than renminbi, which could help their overseas expansion, and will be subject to less capital-control restrictions.” Bloomberg