China must democratize for progress on Taiwan, Tsai says 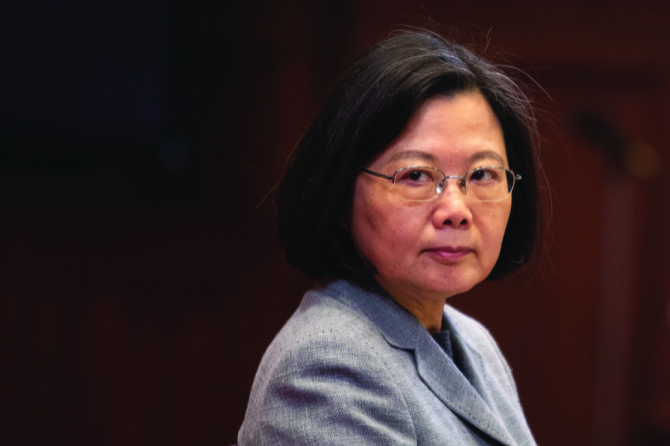 China must usher in major democratic reforms if it hopes to overcome decades of mutual animosity with Taiwan, President Tsai Ing- wen said in Taipei Saturday.

Tsai called on Beijing to become more democratic and renounce the use of military force if it wants to have any chance of winning over the hearts and minds of the Taiwanese public.

“The insufficiency of China’s democratic system, its poor record on human rights, and the fact they have never renounced use of military force against Taiwan have caused a high degree of concern among the Taiwanese people,” Tsai said at a briefing.

Chinese President Xi Jinping offered last week to begin discussions on unification with any parties or individuals that accept Taiwan is part of “one China.” Both Tsai and the China-friendly opposition Kuomintang rejected Xi’s proposal, saying his “one country, two systems” framework lacks support in Taiwan.

In a survey by the Cross- Strait Policy Association, more than 80 percent of people in Taiwan don’t accept Beijing’s definition of the “1992 consensus,” according to a report in the Taipei-based Central News Agency on Thursday. The consensus is a tacit agreement between Beijing and the opposition KMT that both sides of the Taiwan Strait belong to “one China,” with both sides free to interpret that in their own way.

“At a time when we are exhausting efforts to avoid provocation and miscommunication, China’s actions are unhelpful and contrary to democratic practices,” Tsai said Saturday.

Taipei is willing to enter discussions with the government in Beijing as long as China sets no preconditions, Tsai said. Samson Ellis, Adela Lin, Bloomberg