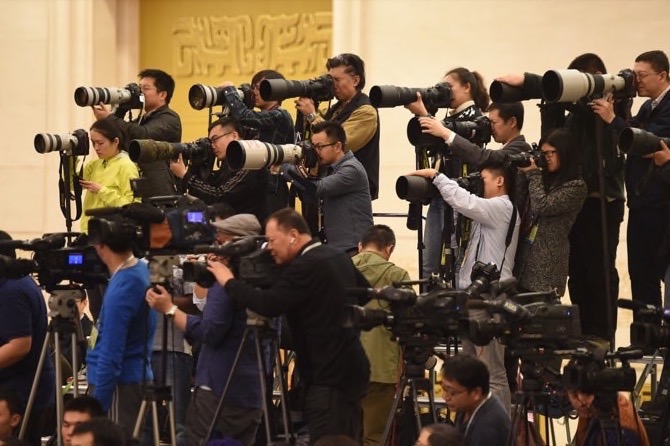 The International Federation of Journalists has released its China Press Freedom Report 2017, which includes a brief reference to the problems foreign journalists faced when trying to enter Macau last year in the aftermath of Typhoon Hato.

The report, which is subtitled “Ten-year edition: A decade of decline”, expressed concern with the fact that five Hong Kong journalists were barred from entering Macau in the aftermath of Hato on the grounds that they “might have posed a threat to internal security.”

Secretary for Security Wong Sio Chak has said on several occasions that the ban was in accordance with the law and that “other regions had also banned entry and Macau was not an exception.” He adds that there is no blacklist for journalists, political activists or lawmakers, but that the decisions are also not made on arbitrary basis by immigration officers.

The China Press Freedom Report notes that the Macau government is “believed to closely follow the instructions of the Central Government of China,” in particular through its barring of journalists when sensitive events occur.

Citing a recent press freedom survey conducted by the Macau Portuguese and English Press Association (AIPIM), the China Press Freedom Report said that most journalists in Macau face some form of restraints in reporting on the judiciary, executive and legislative branches of government.

As an example, the report recalled an incident on August 29 when the Journalists Association of Macau said the local government was pressuring at least five media outlets to report “positively” on the government’s response to Typhoon Hato and not to hold Chief Executive Chui Sai On responsible for any unpreparedness or inadequacy.

Reviewing the situation in Hong Kong last year, the IFJ expressed considerable concern over censorship and self-censorship. It also says that several journalists were threatened, coerced and silenced, and referred to several attacks on media personnel by “Chinese nationalists”.

In one example at the Hong Kong Free Press, staff were sent threatening letters over the course of several months from a non-identified origin. Non-Chinese journalists were allegedly the primary target of such action and were told to leave Hong Kong, while ethnically Chinese staff were reminded “not to follow the brainwashing through the distortions by foreigners of your mind. […] You have Chinese blood running through your veins and heart.”

On the government front, there were numerous examples of activists and journalists harassed and charged – with particular reference to involvement in or reporting on the 2014 Umbrella Movement.

In the conclusion of the China Press Freedom Report, the IFJ makes 15 recommendations for mainland China and 10 for the Hong Kong SAR. The recommendations are strongly-worded – even presumptuous – and dictate the changes that the central and Hong Kong local governments ought to implement to better protect press freedoms. There are no recommendations listed for the Macau SAR.

In regards to mainland China, the IFJ calls for the release of all jailed journalists and writers, an end to arbitrary border entry denials, the ceasing of telecommunication manipulation during sensitive times, and for the central government to establish an independent body to investigate acts of violence against media personnel.

For Hong Kong, the report recommends that the HKSAR government direct all civil servants to uphold press freedoms by directly answering media questions, that police authorities should disseminate information to the press in a timely manner, and that online media must be treated equally to print media in their access to official events.