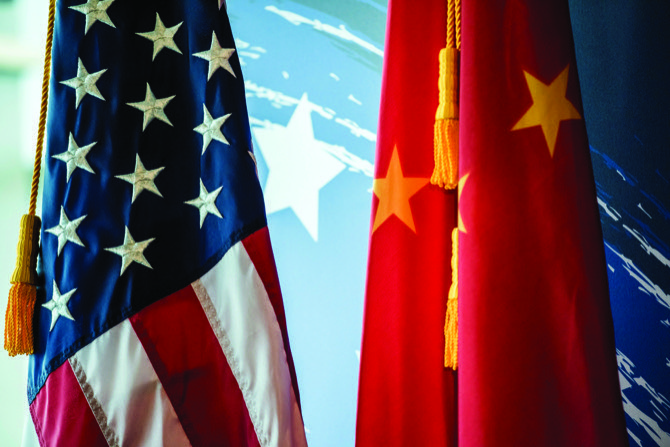 Tensions between the U.S. and China may linger even as both countries show signs that they’re edging closer to an end to their trade war, according to Singapore Finance Minister Heng Swee Keat.

A “quick resolution” could come in areas addressing the trade deficit and the protection of intellectual property, said Heng, who has spent the past week in Washington speaking with U.S. lawmakers, officials in the Trump administration, and industry experts.

“Many of the leaders and analysts I’ve spoken to have held the view that this is not just a trade dispute, this is a more complex competition in technology and strategic influence,” Heng said in an interview Wednesday in San Francisco, in the last leg of his U.S. trip. “That means this is not something that will be resolved overnight.”

While Singapore has stayed “neutral” with both countries, according to Heng, it’s caught in a potential crossfire between China, its biggest trading partner, and the U.S., a key ally and investor. Senior U.S. and Chinese officials are scheduling more face-to-face trade talks in an effort to reach a deal by early May that President Donald Trump and his Chinese counterpart Xi Jinping could sign later that month, two people familiar with the plans said.

The rift between the world’s two biggest economies has roiled markets and threatened global growth. Earlier this month, the International Monetary Fund cut its outlook for global growth to the lowest since the financial crisis a decade ago, amid a bleaker outlook in most major advanced economies and signs that higher tariffs are weighing on trade.

Singapore’s central bank kept its monetary policy settings unchanged last week, striking a dovish tone as it sees the economy growing below potential. On Wednesday, government data showed electronics exports in March slumped by the most since 2013, while International Business Machines Corp. is closing its technology park in the city-state and moving its high-end manufacturing to the U.S., the Straits Times reported.

“We must expect there will be changes in how companies relocate their operations in different parts of the world,” Heng said, adding that “for Singapore, as a small open economy, we must be prepared for changes in the global environment.”

The country has monetary and fiscal policy tools to adjust to changes in the global outlook, and will use this period of uncertainty around the world to “redouble” efforts to restructure its own economy and industries, he said. The minister is in San Francisco to speak at Singapore’s Bridge Forum and another tech event organized by the city-state. Linus Chua, Bloomberg