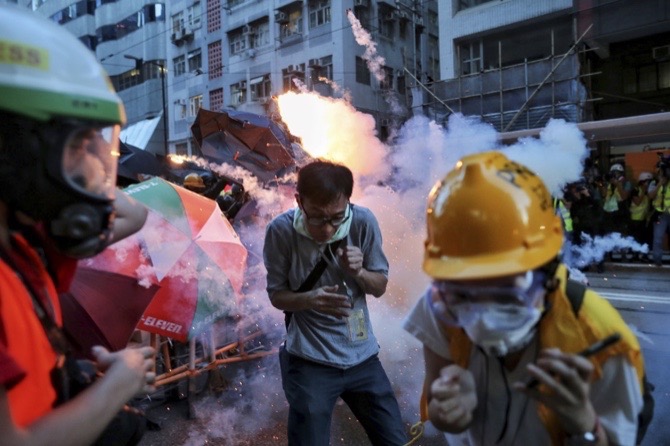 China warned that Hong Kong’s unrest had gone “far beyond” peaceful protest, after a chaotic weekend of tear gas and clashes illustrated the government’s struggle to quell a leaderless, unpredictable and widespread movement.

The Hong Kong and Macau Affairs Office, which answers to China’s cabinet, was compelled to respond after three days of protest that saw unauthorized demonstrations across four districts, including the airport and downtown shopping areas. Police on Sunday night fired clouds of tear gas over demonstrators in the normally buzzing area of Sai Ying Pun, which also hosts the main Chinese government office in Hong Kong.

At least 49 people were arrested Sunday after bricks, glass bottles and paint bombs were hurled at police and traffic signs were removed. The events followed a day of clashes in the northwestern suburb of Yuen Long, where a stick-wielding mob had attacked activists a week earlier.

The developments raised new fears that the violence may continue to escalate, forcing Chinese President Xi Jinping to send in the military or take other actions that undermine the “high degree of autonomy” promised to Hong Kong before its 1997 return. Xi has so far maintained support for the city’s embattled leader, Chief Executive Carrie Lam.

China’s statements supporting the police and playing down any prospect of military action, appeared to relieve some earlier market anxiety. The MSCI Hong Kong Index closed 1.6% lower on Monday, after slipping as much as 2.2%.

“What has happened in Hong Kong recently has gone far beyond the scope of peaceful march and demonstration, undermined Hong Kong’s prosperity and stability, and touched on the bottom line of the principle of ‘one country, two systems’,” HKMAO spokesman Yang Guang said.

“No civilized society under the rule of law would ever allow acts of violence to take place.”

Yang didn’t rule out military action, pointing to a section of law that gave Hong Kong authorities the power to request support. He outlined three bottom lines for the city: No harm to national security, no challenge to the central government’s authority and no using Hong Kong as a base to undermine China.

Still, opposition lawmakers said the agency did little to resolve a crisis that they trace to the city’s inability to elect its own leaders. In a news conference Monday, lawmakers accused the government of shifting the blame to radical protesters, Western countries and the foreign media.

“Beijing tried to make some feeble attempt to help maintain what they assume are the security problems in Hong Kong,” said Claudio Mo, a legislator and high-profile participant in several peaceful marches. “That won’t help the governance and political crisis that Hong Kong is facing.”

The shifting tactics employed by black-shirted protesters on Sunday seemed to catch the police off guard. First, they marched east through the city’s central business district, then west, before spontaneously splitting in two. By evening, the police were firing tear gas and rubber bullets in battles with brick-throwing protesters in narrow city streets.

Earlier Monday, an edition of the Communist Party’s flagship newspaper urged stern action by Hong Kong’s police to restore order. “At a time like this, the Hong Kong Special Administrative Government and the police should not hesitate or have any unnecessary ‘psychological worries’ about taking necessary steps,” the piece published in the overseas edition of the People’s Daily newspaper said.

Since it began, the protest movement has widened to include calls for Lam’s resignation and an investigation into the force used by police as they’ve dispersed crowds. In recent weeks protesters have focused their anger on China itself, amid fears their freedoms are being increasingly restricted under Beijing’s rule.

“Even Carrie Lam’s resignation and universal suffrage aren’t going to resolve the crisis in Hong Kong,” said Oscar Cheung, an office worker in his twenties, as he gathered in a downtown area on Sunday. “The truth is China is having a tighter and tighter grip on Hong Kong and our rights.” MDT/bloomberg 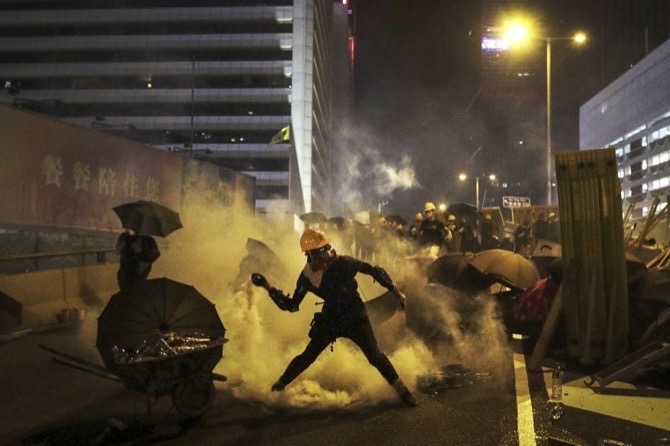 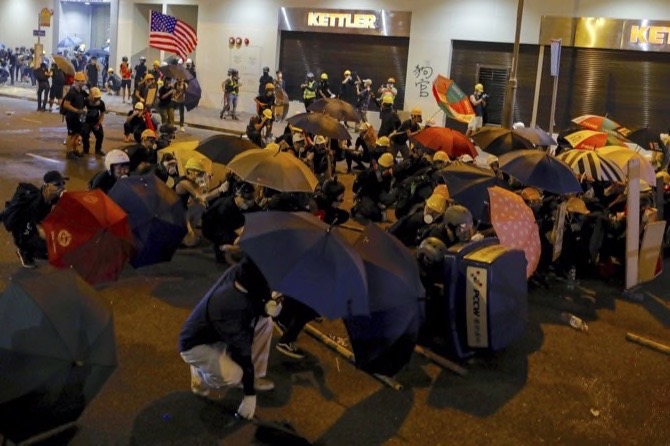