China warns ‘those who play with fire will perish by it’ 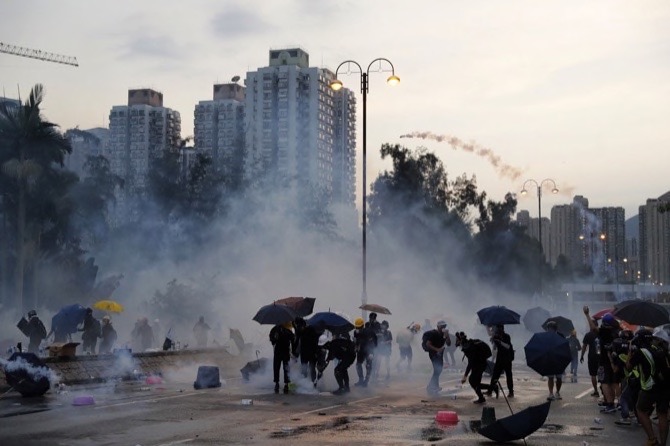 China warned yesterday that it will be “only a matter of time” before it punishes those behind two months of pro-democracy protests in Hong Kong that have increasingly devolved into violent clashes with law enforcement.

The comments by Yang Guang, spokesman for the Chinese Cabinet’s Hong Kong and Macau Affairs Office, are a further indication that Beijing will take a hard line against the demonstrators and has no plans to negotiate over their demands for political reforms.

“We would like to make it clear to the very small group of unscrupulous and violent criminals and the dirty forces behind them: Those who play with fire will perish by it,” Yang said. “Don’t ever misjudge the situation and mistake our restraint for weakness.”

Singling out “brazen, violent and criminal actors” and the “meddling hands behind the scenes” as the focus law enforcement efforts, Yang said, “As for their punishment, it’s only a matter of time.”

China so far has not visibly intervened in the situation, though it has published a series of strongly worded editorials in state media condemning “violent radicals” and “foreign forces” allegedly inflaming them. Speculation has grown that the Communist Party-led central government will deploy the military to quell demonstrators after Chinese officials pointed to an article in Hong Kong law that allows troops already stationed in the city to help with “public order maintenance” at the Hong Kong government’s request.

While Hong Kong authorities have said they don’t anticipate any need to bring in troops or police from China to help impose order, the Hong Kong army garrison and police in the city of Shenzhen across the border have both released videos recently of their officers training to disperse groups of people dressed in black and wearing masks and construction helmets like many of the Hong Kong protesters.

A former British colony, Hong Kong was returned to China in 1997 under the framework of “one country, two systems,” which promised the city certain democratic freedoms not afforded to the mainland. But some Hong Kong residents feel that Beijing has been increasingly encroaching on their freedoms.

A string of demonstrations began in June against proposed extradition legislation that would have allowed some suspects to be sent to mainland China for trial. While the government has since suspended the bill, protesters have pressed on with broader calls for democratic reforms, an investigation into allegations of police brutality and for the city’s leader to step down.

Pro-democracy legislator Fernando Cheung Chiu-hung told reporters Tuesday that Beijing should not make the demonstrations a national security issue because the movement is not targeting the central government, but rather the administration of Hong Kong Chief Executive Carrie Lam.

During a “People’s Press Conference” held earlier in the day, a protester using the pseudonym Jerry Chan indicated that demonstrators would not attempt to confront the military if it made an appearance.

“I believe the protesters and Hong Kong citizens will ‘be water’ and know what to do,” Chan said, referring to the protesters’ philosophy of taking a fluid approach to their demonstrations. “We will go home and sleep.”

The three protesters who spoke to reporters said the briefing was intended to counter regular government and police news conferences in which authorities have repeatedly decried violent acts by some pro-democracy demonstrators. They also apologized for inconveniences caused by a general strike Monday that paralyzed regular workday operations in the city. Major roads and public transit lines were blocked, and at least 77 flights at the airport were canceled.

Protesters challenged law enforcement in at least eight districts on Monday, responding to continuous rounds of tear gas with practiced swiftness. Some started fires outside police stations and hurled bricks and eggs at officers. Hong Kong security secretary John Lee said the damage and violence was “unprecedented” since 1997, with more than 15 police stations or facilities attacked and surrounded.

Echoing language used by officials to criticize their actions, protesters said they “strongly condemn the lawlessness and the inhuman actions done by police.” Some police officers have shown “total lack of self-discipline,” Chan said, adding that some tear gas was fired on residential buildings during clashes across several districts Monday.

Many rally participants have chosen to hide their identities because they fear official retribution.

Yang and other Chinese officials repeatedly accused protesters and organizers of seeking to wreck Hong Kong’s society and economy and of lacking patriotism.

Hong Kong police say they’ve arrested 568 demonstrators aged 13-76 since June, and charged them with a variety of crimes, including rioting, which can carry a sentence of up to 10 years.

During an earlier 79-day round of protests in 2014 demanding direct elections for Hong Kong’s chief executive, police announced around 1,000 arrests. Eight leaders of the 2014 movement were sentenced this year to up to 16 months in prison on charges of public nuisance offenses, in what critics called an apparent effort to intimidate other activists.YANAN WANG & CHRISTOPHER BODEEN,  AP 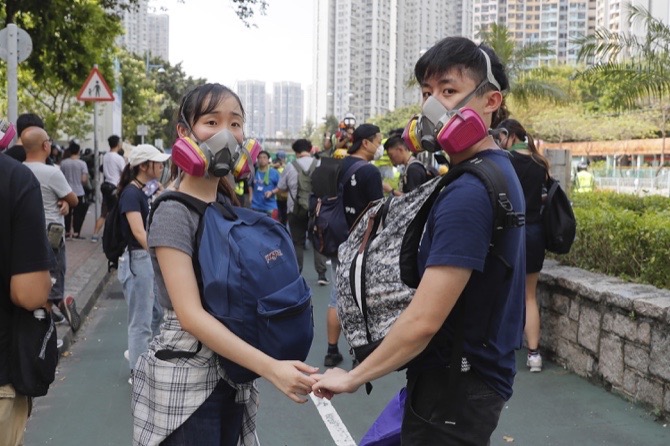 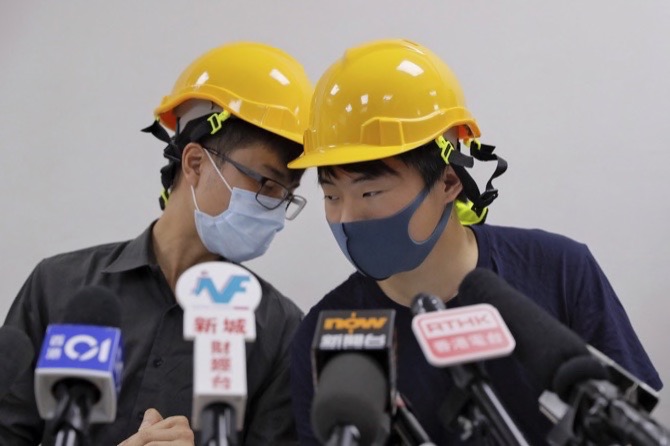 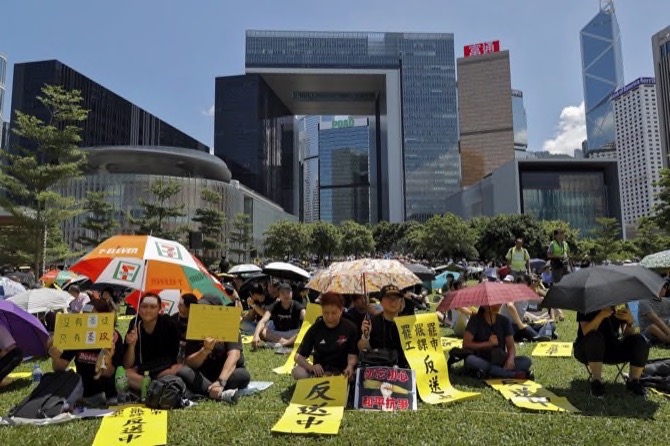