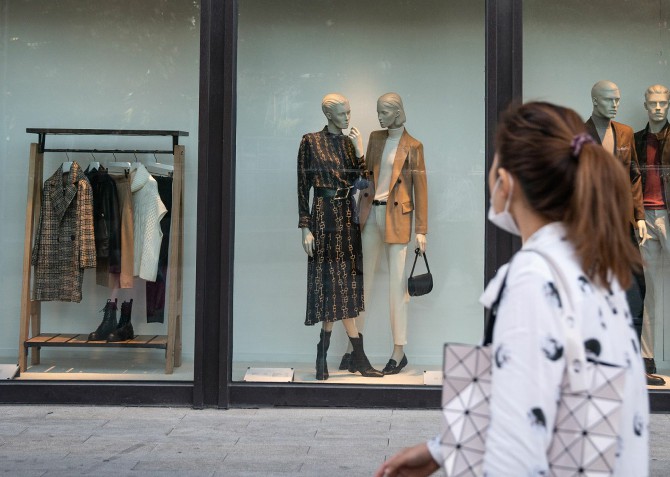 Chinese consumers are finally starting to spend again after the pandemic-induced slump, but the recovery is unbalanced and overly reliant on luxury goods, with poorer Chinese still cautious.
Consumption has started to catch up to the much stronger rebound in industrial output, with retail sales growing in August for the first time this year. Spending on luxury goods, cars and electronics is leading the charge, rising faster than food, clothing and other essentials.
While the supply side of China’s economy has shown resilience, a strong and broad rebound in spending is needed for a more meaningful economic recovery. Even though the virus is under control, income and job losses due to the pandemic have made poorer Chinese unwilling or unable to increase spending, keeping a lid on the rebound.
“Higher-income households have probably built up savings, because of the forced reduction in consumption during lockdown, and could now be ready for a spending spree. It is lower-income households that face a longer slog of normalizing their finances,” He Wei, an analyst at Gavekal Dragonomics, said in a recent report.
“Consumer confidence appears to be coming back even without a vaccine. This is reflected in strong pickups in sales of non-essentials, such as cosmetics and jewelry, in recent months. Improved sentiment and spending at home in lieu of overseas trips should help support private consumption,” wrote Bloomberg economists Chang Shu and David Qu in another report.
Luxury spending in China will grow 20%-30% this year, according to a report from Boston Consulting Group, but much of that growth is going to come from consumers in the 50 largest and richest cities. People in the other 2,206 cities bought only a quarter of all luxury goods in April-July this year, and their spending was down 4% compared with 2019, according to the report.
The lopsided recovery can also be seen in the car market. Sales of luxury vehicles have recovered much quicker than regular cars, and are now almost a fifth of all cars sold.
One luxury where spending hasn’t rebounded is gambling in Macau, which is forecast to see an 81% drop in revenue this year, according to Credit Suisse analysts led by Kenneth Fong. Gaming in the city is traditionally a good indicator of discretionary spending in China, but that came to a crashing halt in February.
Travel is another sector where there’s still a long way to go to recover from the damage caused by the pandemic. Real-time data from China’s 11-biggest cities shows that people are still somewhat wary about going out via public transport.
The week-long national holidays from Oct. 1 will give an indication of whether consumers are becoming more willing and able to spend on discretionary items such tourism.
State television reported that bookings were rising, but they’re unlikely to reach the levels seen in October 2018 or 2019, when more than 1.5 billion trips were made. MDT/Bloomberg