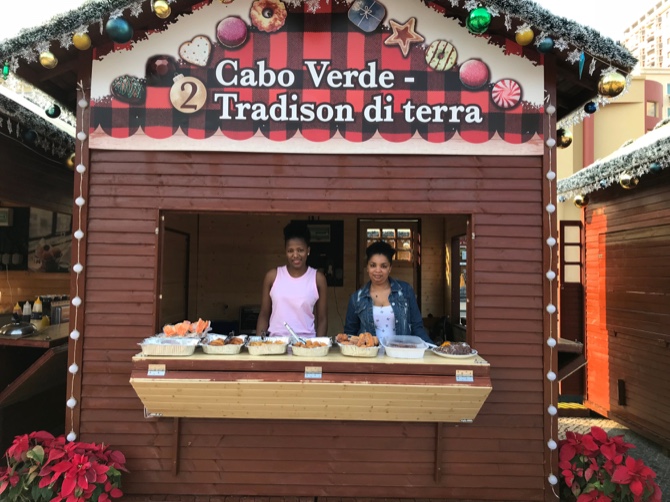 Residents flocked to Tap Seac Square the day after Christmas to witness the Christmas Market 2018, which features a series of activities for children.

The theme of this year’s Christmas Market is “Christmas Candy House,” which features decorations such as spinning teacups and an artificial snow area for the first time.

The two-week event features 13 Christmas gift stalls and 11 snack stalls, and is also offering products from the local cultural and creative industries.

The snack stalls are operated by associations active in the the food and beverage sector, providing various types of special market snacks for the public.

One of them is a stall that serves traditional snacks from Cape Verde. From its main dishes to deserts, participants saw the fair as a way to introduce their authentic menu.

“This is our first year here; it’s been good. We’ve seen different kinds of food and people. We are offering many dishes from Cape Verde, from rissole to donuts,” said Lanie Fernandes. 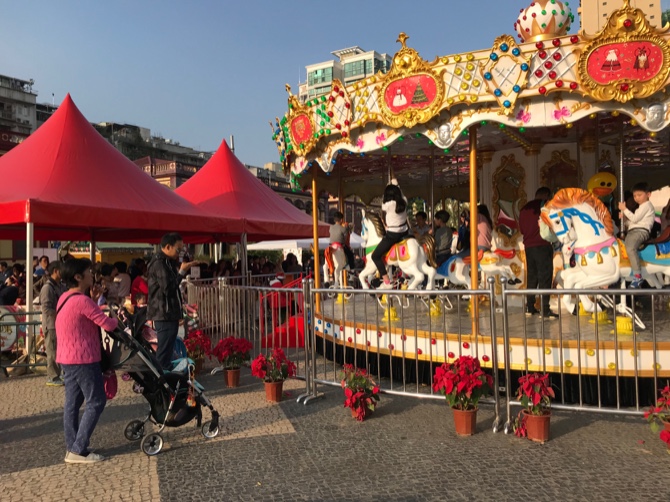 “This event is also a way to promote food from our country, and we can also see food from other countries. There were more people yesterday because it was Christmas. You can really feel the Christmas vibe here,” she added.

Meanwhile, the organizer, the Civic and Municipal Affairs Bureau, invited associations to participate and has cooperated with the Cultural Industries Fund to invite local cultural and creative businesses to jointly operate the Christmas gift stalls.

“The pedestrian flow has been okay. There are some locals and some mainland tourists who came for some games,” said Apple Leung, a participant who was selling locally-made products.

“I will come again next year. There are some people coming to see the products, [and] there were also some people buying the products as Christmas gifts or as souvenirs,” she added.

With the aim of creating a joyful atmosphere, the market also showcases a series of stage performances including instrumental music performances, interactive games and band and dance performances, along with a parade featuring Christmas-related mascots. Activities for children include a merry-go-
round and an inflatable candy house, which is open to residents free of charge.

The fair will feature performances and interactive games from 8:30 p.m. to 10 p.m until January 3. LV