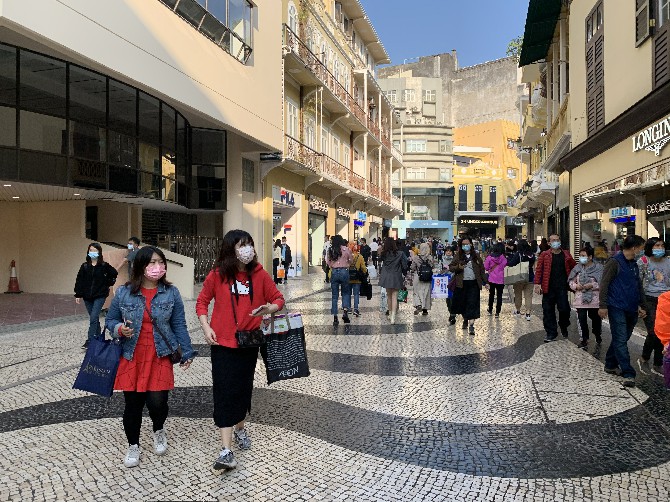 The city has obtained a slightly worrying prosperity forecast as the Macao Economic Association gave the Macau’s economy 3.5 to 3.7 points in the period from May to July, based on considerations over the uncertainty on the Covid-19 pandemic, the political atmosphere and policies.
Taking into account announced economic data, the association gave the city a Prosperity Index of 3.5 points. The index for April is expected to be unchanged. Although the index is still within the unsatisfactory tier, the city has seen no relapse of Covid-19 infections so far, more tourist arrivals and improvements in several other economic benchmarks. Meanwhile, the daily gross gaming revenue (GGR) data in the first four months of the year have recorded a rising trajectory.
On April 28, the Asian Development Bank released its Gross Domestic Product (GDP) forecast on Asia of this year, which amounted to 7.4%. It stressed that the Chinese economy will see strong revival.
Domestically, mainland China has seen stable recovery in the tourism industry, with more people touring around the country, packing popular tourist attractions. Mainland authorities recorded tourism income of 1.1 billion Chinese yuan during the May 1 holidays, equating to 77% of pre-Covid era.
Macau, on the other hand, has recorded over the same period an average hotel occupancy rate of 83%, which is near the level in year 2019. The daily gambling income of MOP630 million also equated to about 60% in the same period in 2019.
The association forecasted the city’s economy to further revive, especially with the boosts expected from June to December brought along by the government’s third round of consumption stimulus.
It was pointed out by the association that certain resort operators have announced voluntary resignation programs, implying conservative outlook in the industry. It may further push up the city’s unemployment and underemployment rates.