Civil protection | Emergency centers able to hold up to 25,000 people 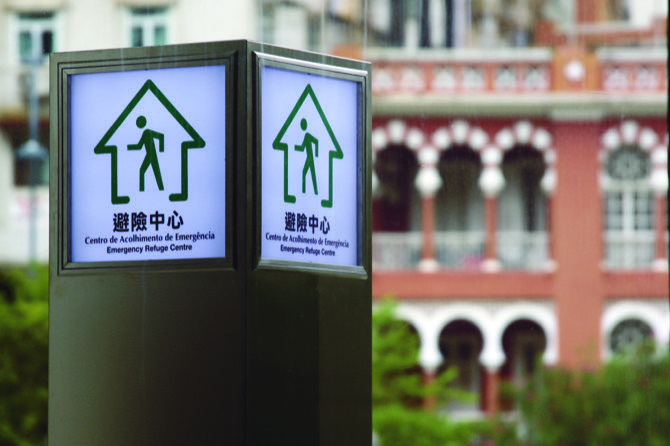 The establishment of emergency refuge centers run by the Social Welfare Bureau (IAS) was one of the measures taken by the government as part of their prevention and response to catastrophes.

The 16 locations use schools and other public and private venues to support residents and tourists in cases of extreme need, catastrophes or incidents that require the evacuation of large numbers of people from their residences.

According to IAS Vice President Hon Wai, the 16 shelters have the capacity to house a total of 24,872 people for a short period, with almost 13,000 of the places being on mattresses.

Hon was speaking during a media tour of the shelter facilities located at Tap Seac Multisport Pavilion, a venue that holds two of the 16 emergency refuge centres established by the government.

According to Hon, factors taken into account when choosing the locations for the temporary shelters includes the space and conditions, as well as the fact that the venues would need to be near areas likely to be more affected, in other words, venues less than a 15 minute walk from areas of severe flooding.

“When all the 16 shelters enter into operation, we will also have a total of  around 600 staff members [from IAS]  to pay support to the people in need,” said Hon.

“The centers will enter into operation according to the needs, that is, only above Yellow Storm surge level, when the water level surpasses 1.0 meters above road level,” he explained, remarking that in “normal situation[s], we will only keep the wind shelters operational.” 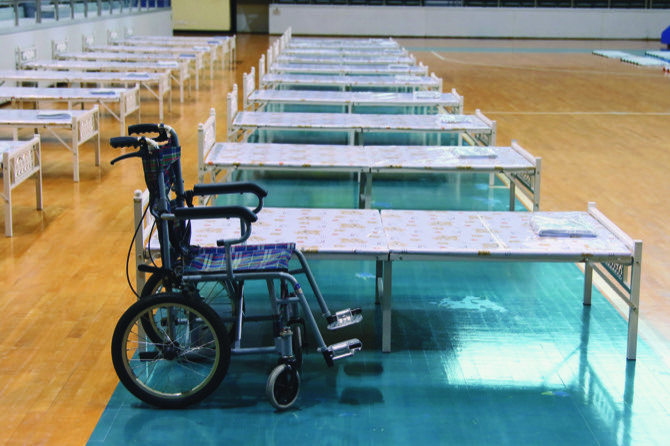 Besides the shelters, the government also established  four “meeting-points” that people in need can use to shelter themselves or receive emergency help, before being transferred to one of the emergency shelter venues with the help of the IAS. These are located at the “Ilha Verde Wind Shelter,” and at three local markets: “Sāo Lourenço”, “Patane” and “Sāo Domingos Municipal Market.”

During the media tour, IAS representatives explained several services that people can receive at the centers, such as water, food and first-aid.

In order to manage all their resources, IAS also established an online platform for internal use and communication with the Unitary Police Services. The platform provides the services with real-time access to the status of the centers, how many people and who is seeking help at the centers, and the quantity of food, water and other resources available.

When questioned on the topic, Hon said, “we are working on a different platform that will provide a number of information to the public, such as the status of the venues managed by the IAS such as nurseries and others, creating an immediate information disclosure to the public and avoid hassles.” But for the time being, he said that is too early to disclose an exact date for the operation of the service.

Upon questioning by the media, Hon also said that for establishing the refuge centers, the Bureau has spent some MOP3.2 million on equipment, operation platform, and vehicles for transportation.

The IAS received a total of nine people in the shelters that entered operation during the recent passage of typhoon “Bebinca” last Tuesday, IAS Vice President Hon Wai informed on the sidelines at yesterday’s presentation. According to Hon, only two of the centers (at Ilha Verde and Taipa Island) were open during the passage of the typhoon. He noted that these are just wind shelters and were not yet operating as Emergency Refuge Centres. Although the passage of the typhoon did not cause any incidents of note, IAS mobilized a total of 170 staff members for duty that day.