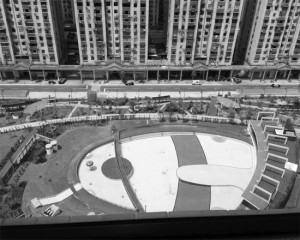 The Commission of Audit (CA) has slammed the Land, Public Works and Transport Bureau (DSSOPT) over the management of the Taipa Central Park construction works. In a report released yesterday, CA recalled that the construction project did not meet quality standards and deadlines that had been initially set out.
CA said it found flaws in construction supervision and execution works, which led to delays and a “waste of resources,” even putting users’ safety at risk.
The construction project was awarded to a contractor for around MOP441 million and should have been completed within 876 days. However, it dragged on for an additional 351 days, reaching a total of 1,227 days. Furthermore, the works cost MOP50 million more than initially planned.
“This situation unveiled DSSOPT’s poor management of the project,” the report read. CA stated that DSSOPT failed to better manage and supervise the scheme’s execution.
DSSOPT yesterday issued a statement saying it agrees with the CA report and will adopt measures to prevent a similar handling of projects in the future. The bureau pledged to improve supervision of construction works awarded to different contractors.
The Taipa Central Park comprises a public garden, a car park and swimming pools.  CP