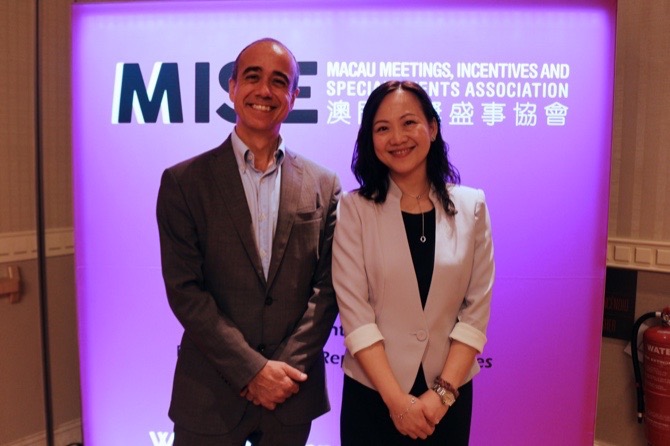 Meetings, incentives, conventions and exhibitions – together known as the MICE sector – are becoming more prominent in Macau, even as there are still many aspects to them in need of improvement. That is the opinion of the newly-elected president of the Macau Meetings, Incentives and Special Events Association (MISE), Bruno Simões and vice president Fion Lai, whose organization facilitates the growth of the sector in Macau.

Some 377 such events were held in Macau in the first quarter of the year, including 362 meetings and conferences, 10 exhibitions and five incentives, according to official data from the government. The data shows growth of about 15% over the same quarter in 2018.

Meanwhile, the participants at such events are reportedly growing even faster. The number of participants grew about 20% in the first quarter to reach a total of 333,000 people, generating receipts for the organizers worth MOP9.42 million.

In an interview with the Times, newly-elected president Simões said the sector was just about to enter a new phase.

He said that the sector is entering its second phase after a first phase mostly dedicated to putting in place key infrastructures such as the Taipa Ferry Terminal and the Hong Kong-Zhuhai-Macau Bridge (HKZMB).

“The sector in Macau has already reached the end of phase one and most of the private sector infrastructure is completed,” said Simões. “Cotai is basically built and there is a lot of infrastructure such as hotels, meetings and event venues.”

“In terms of hardware, I think for phase two we are only missing some transportation projects to be finished,” he added. “We just had the Taipa ferry terminal finished recently, […] last October, we had the [HKZMB] opening, but we still need to perfect those. We also still need the railway system [Light Rapid Transit] to be completed, as well as some fine-tuning to other transportation aspects that influence the accessibility of Macau, including the airport, which is currently being expanded.”

Simões noted that such infrastructure is important to the success of phase two, but not enough to guarantee it alone. Other elements, such as trained and competent human capital, will also be required, he said.

“We also need the ‘software’ in Macau,” he said. “We have a lot of work to be done in this respect and this will take time.”

For the president of MISE, the quality of staff in Macau’s MICE sector still lags behind that of neighboring regions – namely Hong Kong, where the sector is more mature.

“If we compare Hong Kong with Macau in this respect, the professional level we have in Macau and the efficiency and delivery of services in Macau is at a different [lower] level,” he said.

Simões said this had little to do with the “world-class hotels and venues we have” but with the rest, such as transportation and logistics, buses, and even taxi services, which are all essential direct or indirect partners to event management companies.

“Hong Kong is a few steps ahead of us and we need to evolve in this software part.”

Questioned on the growth of the sector in recent years, Simões stressed that the expansion is noteworthy.

Lai added that it was important to consider how to promote the city to the rest of the world as a destination for MICE.

Growth was only important to an extent, she said. For Lai, the number of events being held “is not the most important [measure], but instead what kind of events are coming to Macau.”

The vice president of MISE, who is also the assistant director of sales for MICE at Sheraton Grand Macao Hotel, also noted the relevance of the HKZMB, saying, “it puts Macau in a center for events together with Hong Kong and Zhuhai.”

Lai, like Simões before, said that more time was needed. She said there is still a novelty factor to the new bridge, which was responsible for bringing small groups from Hong Kong to Macau.

“It takes time [for both] people to get used to the new infrastructure and also for us to see how can we benefit from it.”

THE COST OF DOING BUSINESS

Questioned on the high prices of Macau and how that impacts the city’s competitiveness, the MISE officials said that the prices charged in the city put Macau at a disadvantage when compared with more affordable locations, particularly in Southeast Asia.

“Southeast Asian destinations offer a lot of competition to Macau in terms of price,” said Lai.

However, “China is still a very important market [to the local MICE sector] mostly because of the geographic location as well as ease in communication” for Chinese-speaking customers. That was unlikely to change, she said.

“With Hong Kong, the difference is not so significant as we work with the same currency and in a direct link to the U.S. dollar. But we all know the U.S. dollar is too [expensive] at the moment and for the past two or three years and this makes Macau, just like Hong Kong, relatively more expensive when compared to other destinations,” added Simões.

“At the moment we are not as competitive as we were a few years ago because the U.S. dollar and the renminbi are more expensive than they were before.”

SKEWED PERSPECTIVE FROM THE RANKINGS

In some international reports on the MICE sector, Macau often passes without mention. But the representatives of the association argue that these reports are far from representative of the industry.

Lai said these reports often come from the perspective of one single service provider and are not representative of the industry. She noted that the majority of the requests are done via direct contact with the end user.

Simões agreed, adding that their end users “tend to not make use of platforms to connect with service providers and venues, but instead they approach them directly.”

“We have very solid property brands, very well known and they handle the requests directly with the final client without intermediaries. They do not need to go through an online platform to place a request,” he said. 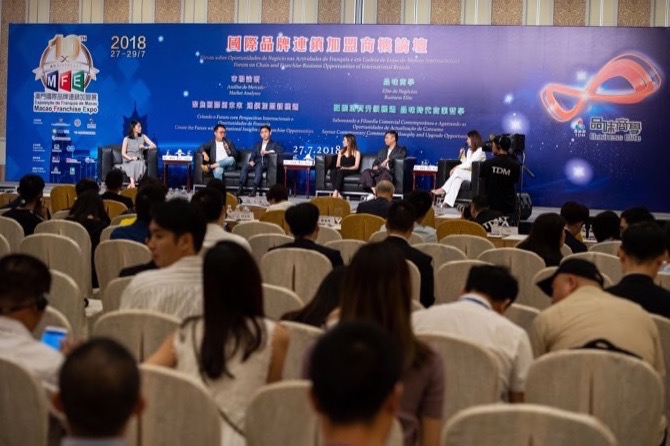