Consumer law to give gov’t new powers over price information 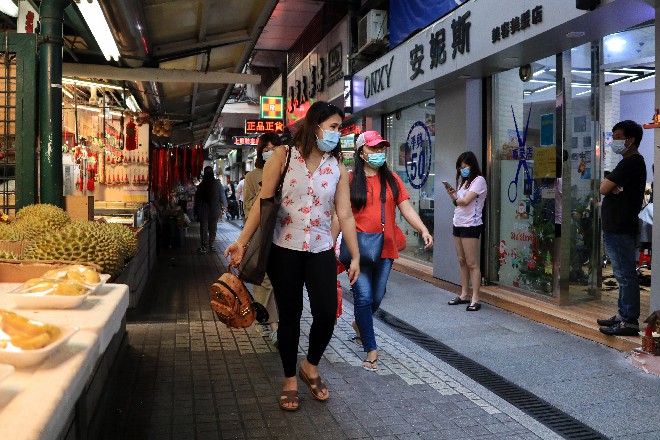 An amendment to the city’s consumer protection law, currently being discussed by lawmakers, will give the government the power to compel all entities involved in a product’s supply chain to disclose the cost of any specific goods or services. The move is designed to deter any part of the supply chain from suddenly raising prices.
Yesterday, government representatives met with members of the First Standing Committee of the Legislative Assembly to discuss the amendment of the consumer protection law.
After a closed-door meeting, committee chairman Ho Ion Sang reported to the media the latest changes to the proposed amendment.
According to the draft amendment presented to the lawmakers yesterday, the government added five new provisions to the law, all relating to the monitoring of commodity prices. Ho described the new amendments as empowering “the collection of information of products’ prices.”
Overall, the proposals prescribe that when the price of good or service changes significantly or remains “unreasonably high”, the Macao Consumer Council has the power to “collect the latest, fullest and newest information” about the specific commodity.
Manufacturers, producers, importers, retailers and other parties involved in the supply chain of the concerned product will be obliged to provide information to the Council regarding the cost of the commodity. No party will be permitted to deny the Council’s request on the grounds of commercial confidentiality.
Before requesting the information, the Council must have sought the opinion of a consumer advisory committee. The information collection process must be carried out in accordance with a plan that has been preapproved and supervised by a monitoring body.
According to Ho, once this amendment is approved and comes into effect, the Council will be able to compel information about the cost and profit of any commodity, including both goods and services.
Ho claimed that this new concept helps to protect consumers and facilitate the government in making evidence-based policies.
The committee also discussed the possibility of establishing a consumer advisory committee with government representatives.
The government did not elaborate on the details about the proposed committee during yesterday’s meeting. However, Ho said that the committee will have the function of other existing advisory bodies.
In order to form this new advisory body, the local government will draft new laws to be submitted to the Legislative Assembly for approval.
Another major concern raised at yesterday’s meeting related to an amendment on price tags. The new amendment prescribed that all businesses must label the price of goods and services in “clear, visible, and explicit” form.
When one commodity is sold per unit, the “unit price” must be attached onto the price tag as well.
Failure to comply with the abovementioned price tag regulation can attract a fine of up to 10,000 patacas.
The government also added further context into the law on “special contracts.” Special contracts refer to the relationship between buyers and sellers and may be verbal or written.
Today, the AL committee will continue discussions on the amendment of the consumer protection law. Lawmakers are expected to hear more on the special contracts and the establishment of the advisory body.