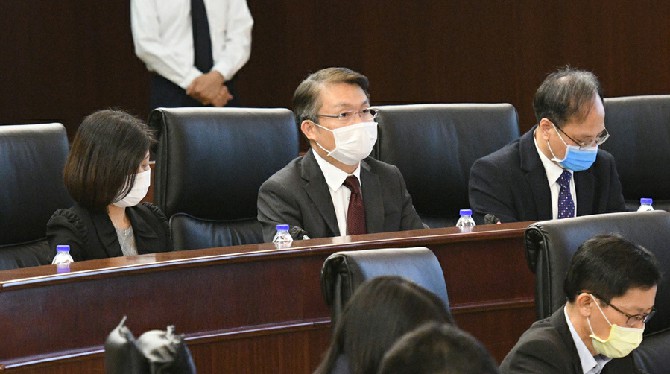 The Consumer Protection Law was finally approved yesterday at the Legislative Assembly (AL). Although the new law garnered the unanimous support of lawmakers, some expressed concerns over the capacity of the agencies responsible for supervision and inspection to perform those roles. They also deplored the fact that, in some cases, non-compliance with the law carries no penalties.
The interrogation of the law headed by Secretary for Economy and Finance, Lei Wai Nong, was initiated by the pro-democracy lawmakers, who questioned both the scope and applicability of this new law.
The first critiques came from lawmaker Sulu Sou, who posited the law has not addressed some of the crucial matters that led to its creation in the first place.
Sou was concerned about the fact that potential abuse from companies that have a privileged position in the market, and who engage in cartel practices, were not targeted in the final version of the bill submitted for approval.
“These practices were mentioned at the time of the public consultation but the new law notes nothing on this matter,” Sou said. He remarked that other unfair commercial practices such as hoarding “were also left untouched by this law.”
“This new law does not [address] these problems, but previously these issues were the reason and part of the idea to produce the bill,” he continued.
Sou also took this opportunity to express dissatisfaction with a study ordered by the government related to the law, which concluded that there is no need for Macau to enact laws to prevent market monopolies.
“This study was a ‘secret’ study. We did not have access to any part of it, we were just presented with this conclusion,” he claimed.
Lawmakers José Pereira Coutinho and Au Kam San also expressed concerns regarding particular aspects of the bill. Secretary Lei asserted that these were matters covered by either other articles of this law or by other laws in force with which this new law will match with to establish a more complete framework.
In response to lawmakers’ inquiries about potential flaws in the bill, Lei said that he believes that the main principles that regulate the market are good faith and goodwill between parties.
The Secretary said that the main goal of the bill is to maintain the legal relationship between consumers and operators in a fair and just manner. He also said he believes that Macau, as a close and small community, is a society in which people know one another, and transactions are normally done in a friendly manner. He emphasized that he considers the law as the last resort.
“We need to ensure balance and ensure that mutual trust prevails, and that the law is the last resort,” Lei said, noting that the government believes that commercial entities are always more concerned with maintaining their reputation.
Replying to another inquiry from lawmaker Sou on manpower for supervision and inspection, Lei said that is not expected that this law’s approval will be paired an increase of the workload for the Consumer Council.
“At the moment, the Consumer Council receives about 3,000 complaints per year, of which over 90% are resolved through mediation,” he said, noting that the current workload is not low and is not likely to grow significantly.
Following the opinion of the first standing committee of the AL, where the bill was analyzed in the specialty, the government has specified January 1, 2022 as the date the new law comes into force.