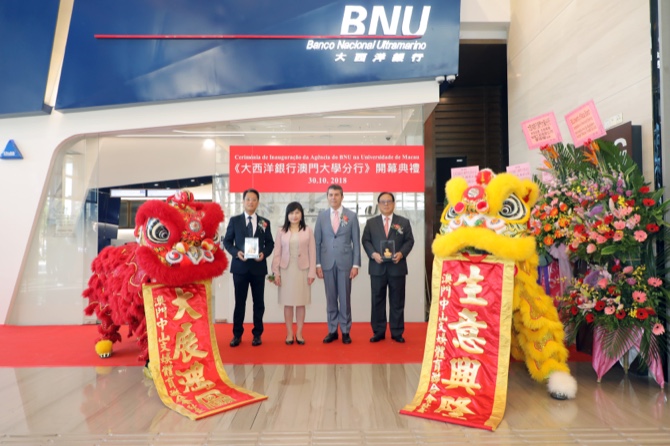 BNU yesterday held the opening ceremony of its new branch at the University of Macau (UM), the bank announced in a press release.

BNU has been working closely with UM for decades, providing a wide range of services for the UM community.

According to the statement, the bank is committed to promoting the training of talents in local universities and provides annual funding to the University of Macau, including a 15-year sponsorship commitment to establish an endowment fund with the aim of supporting the teaching and academic research of a professor at UM.

BNU added that there is a certain percentage of donations of retail spending through Affinity Cards, a plurality of scholarships, sponsorship for UM students’ activities to promote Portuguese language applications and a donation to the Currency Museum of UM.

“BNU is convinced that through the establishment of its branch at UM [it] will be able to optimize the banking service to the community, providing more banking services and options for the public,” BNU said in the statement. 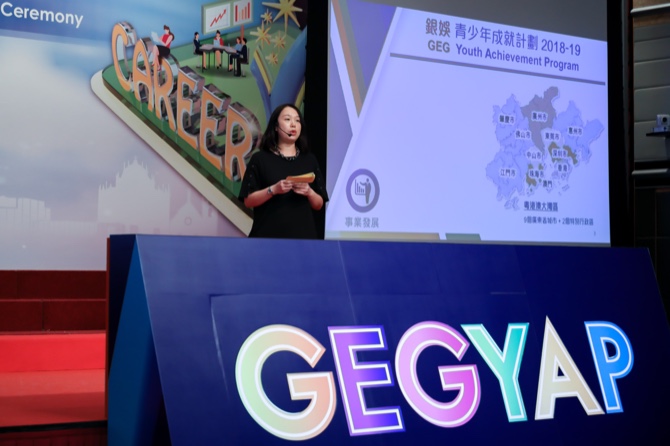 Since 2011, GEG has been organizing the program in conjunction with the Macau Management Association.

These annual programs have provided upwards of 2,600 participants with a host of themed courses and workshops, according to a statement released yesterday.

The ceremony outlined the highlights of the eighth edition of the program and presented a video reviewing the seventh YAP’s courses, workshops and study tour to Thailand.

GEG and MMA representatives then presented awards to over 30 outstanding YAP members, including those who won the Final Competition.

The winning team’s report explored the prospect of employing artificial intelligence technology into operations, such as augmented reality technology, interactive digital arts and electronic payment services, to attract new customers, and transform Macau into an “e-city”.