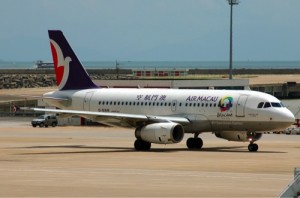 Marking the 20th anniversary of Air Macau, CTM and the local airline company have announced a strategic partnership, providing a set of promotional offers to clients.
The campaign, which was announced yesterday, features a joint Air Macau and CTM offer of air ticket discounts for CTM customers “as a recognition of their long term support over the years,” the telecommunications company said in a statement. The discount of up to 80 percent on the purchase of air tickets covers 20 destinations, including Tokyo, Seoul, Bangkok, Hanoi, Beijing and Shanghai, among others.
Furthermore, CTM will be offering mobile prepaid SIM cards and cash vouchers up to a total value of MOP500,000.
As of August 28, CTM will also be offering 8,000 “Experiencing Macau” prepaid SIM cards addressing inbound tourists through Air Macau. The cards will also be distributed to passengers boarding the inaugural Air Macau flight between Tianjin and the MSAR on September 6.
Moreover, Air Macau will be distributing a “Travel Tips” guidebook to passengers at check-in counters.
Other promotional offers include a lucky draw campaign to be held between September and October.

Ms. Irene Wong has been appointed as the new Vice President of Sales, Public and Community Relations at MGM.
In this new role, she will be overseeing the development and implementation of the company’s plans for public and community relations, which also covers sponsorships and media relations.
Ms. Wong has extensive experience in the local hotel, hospitality and tourism industry and was a key member of MGM Macau’s opening team. With her extensive sales background, she has built a strong network within the Macau business and wider community, allowing MGM to broaden its engagement with the many groups that make up Macau society.
Upon her new appointment, Ms. Wong said, “I believe my sales background with more than twelve years of living and working in Macau will help me in my new role.  I am excited about making a valuable contribution to Macau society and MGM Macau. With our new team currently being formed, we are determined to show everyone that MGM is dedicated to fulfilling its corporate social responsibilities and sharing the Golden Lion Team’s compassion with society.”