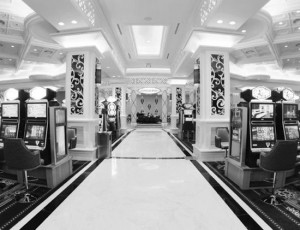 The opening of the room is timed to see cash poker games in full swing for Vietnam’s first major international poker festival – the Asian Poker Tour (APT) Vietnam – which will be held at Ho Tram from 6 to 13 May 2015.
President of Ho Tram Resort Casino, Shaun McCamley said: “Following the signing of an agreement with WGG in January, it is extremely exciting to be able offer poker players in Vietnam a safe, secure and legal environment in which to play cash games. We know that poker is exploding around Asia and in Vietnam in particular so we’re absolutely delighted to be bringing the game to the Ho Tram Strip.” 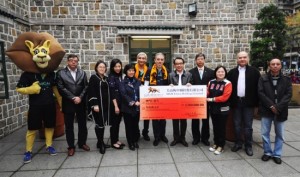 To help with charity work of Santa Casa da Misericórdia de Macau, known in English as the Macau Holy House of Mercy (SCMM), MGM Macau, for the third consecutive year, donated MOP 300,000 in support of the operation of SCMM’s annual Welfare Shop. In addition, more than 40 volunteer members of the Golden Lion Team were led by the senior management team to help pack and distribute food hampers and handcarts to more than 300 low-income households.
On the morning of April 11, Ms. Wendy Yu, Senior Vice President of Human Resources, presented to Mr. António José de Freitas, President of SCMM’s Board of Trustees, a donation check of MOP 300,000 in funding the Charity’s daily operation and charity projects. The volunteer team also took the opportunity to distribute food hampers and handcarts to more than 300 low-income households and underprivileged groups referred by the Federation of Macau Workers Association, General Union of Neighborhood Associations of Macau, Macau Holy House of Mercy and of Parents of the Mentally Challenged of Macau.