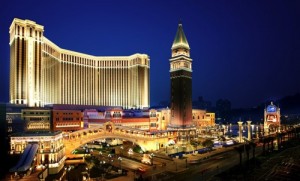 The Venetian Macao and Sands Macao have been awarded spots among the Top 10 Platinum Resort Hotels and Top 10 Charm City Hotels by the International Hotel Forum Organization. The awards, which celebrate excellence in hospitality and accommodation, were presented at a ceremony in Chongqing, China, Nov. 19, 2014. The awards are considered the most authoritative and respected in the hospitality industry in China.
The International Hotel Forum has been held annually since 2001 and gives special recognition to hotels in China that constantly deliver excellent guest experiences. After a rigorous selection process, The Venetian Macao and Sands Macao were named a Top 10 Platinum Resort Hotel and a Top 10 Charm City Hotel, respectively, by the judging panel, which firmly established both properties in the upper echelons of the global luxury hotel business. 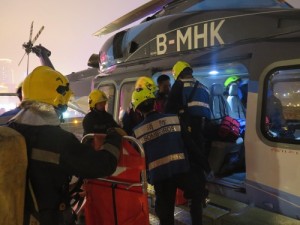 To test and train personnel to handle emergencies, an annual full-scale emergency exercise was carried out in the Macau Heliport late Tuesday evening till early next morning. The exercise simulated a helicopter engine failure while landing that led to an accident and injuries. All relevant entities cooperated with each other to handle the emergency in accordance with the respective contingency plans and the exercise was deemed smooth.
East Asia Airlines Ltd, the present operator of helicopter services between Macau and Hong Kong, was the coordinator of the drill. Participants included the Customs Bureau, the Public Security Police Force, the Fire Brigade, the Marine and Water Bureau, and the Civil Aviation Authority. 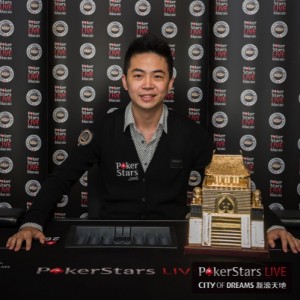 Taiwanese poker professional Pete Chen has officially been named as the 2014 Asia Player of the Year (APOY) after delivering one of the greatest seasons since the ranking system was introduced in 2009.
Chen set the record for largest margin of victory (1,714) and his final score of 5,691 points is the second biggest single-season total.
On the year, Chen earned HK$1,383,511 in Official APOY events. He finished the season with one title and seven final tables – including the main events at APPT Macau and Macau Poker Cup 21 in August.
The 26-year old will have his name immortalized on the gold APOY legacy trophy (pictured) joining past champions such as Team PokerStars Pro Bryan Huang, who won the award in 2010.
Chen’s win also includes a 1-year sponsorship to PokerStars Asia special events beginning in 2015.
Chen’s consistent results places him at No. 14 on the all-time list.