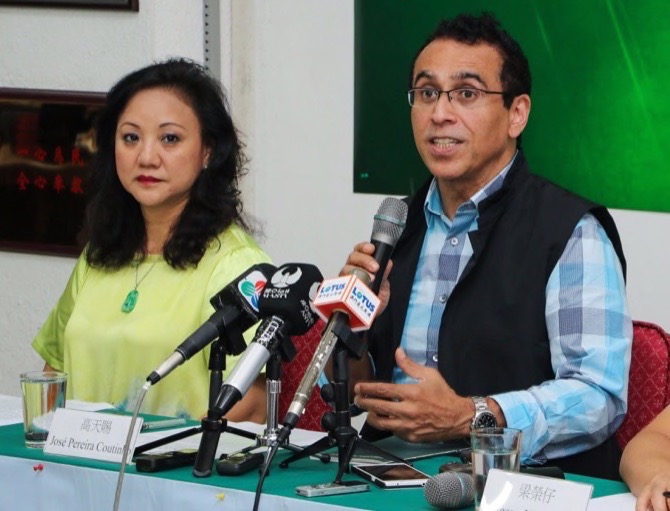 The case that pits Councilors of the Portuguese Communities José Pereira Coutinho, Rita Santos and Armando de Jesus against the director of San Wa Ou newspaper, Lam Chong, for defamation has finally reached the trial stage with the first session being held on Monday.

The case is connected to an article from 2017, when the newspaper published an opinion column accusing the councilors of being involved in a scheme designed to help local Chinese residents to obtain Portuguese nationality and respective travel documents in exchange for a payment of RMB18,000 each.

The councilors are demanding compensation of about MOP168,000 for damage to their reputation.

Only one of the councilors, Armando de Jesus, was heard in the court session on Monday. According to public broadcaster TDM, the councilor said he felt publicly shamed by the column and his reputation had been tarnished. Armando de Jesus also said he was aware of a similar effect on councilor Pereira Coutinho who, as a lawmaker, would present his testimony only in writing.

In court Armando de Jesus denied all the accusations. He noted that the opinion article of San Wa Ou newspaper had claimed the councilors had been paid to help the people, but instead they merely provided assistance in getting their queue ticket number, and it was not paid.

Armando de Jesus also revealed in court that the Council did recommend in some more complex cases the hiring of lawyer services, but argued that there was no relation between the council and such professionals and he was not aware of the fees charged by them.

The first session was in fact shorter than expected due to the absence of Rita Santos, who is reportedly out of the region. This led the judges to schedule a new audience for March 27.

As for the director of the publication, he chose to remain silent, not paying testimony during the session.