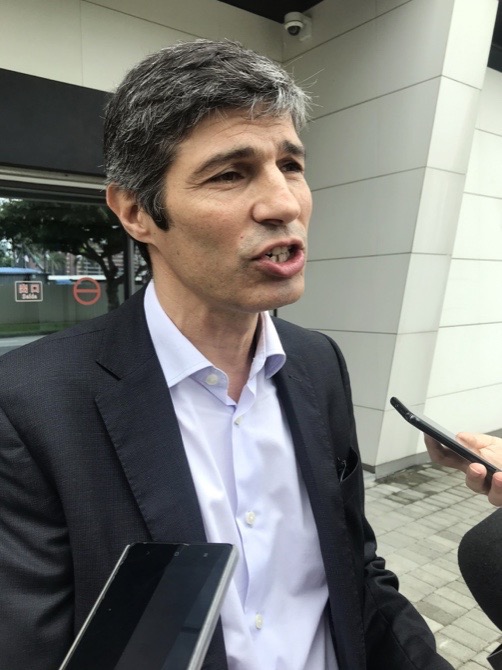 The attack on lawyer Jorge Menezes on a Macau street on May 16, 2013, which resulted in him sustaining several injuries, was not just an attack against his person, but also an attack against a profession and ultimately,  the “rule of law.” These were the conclusions made by Menezes and his lawyer Pedro Leal at the first court session held yesterday morning where two suspects are on trial for carrying out the attack six years ago.

During the session’s final allegations, Leal, took the opportunity to highlight the case saying, “more than an attack to Mr Menezes, this was an attack on lawyers [in general].” He additionally directed criticism toward the Public Prosecutions Office (MP) for the way it handled the case, making reference to the “MP’s mistakes.”

According to the lawyer, more important than ascertaining the guilt of the suspects in the case, it was crucial to investigate and find out the intentions of this attack: “who were the contacts of the executors of the attack in Macau?” and ultimately, who ordered the attack and hired the men.

Leal noted that the suspects had never been in Macau before the attack and they could not possibly know who Menezes was, where he lived, nor indeed other details of his daily routine.

In addition, he noted that one of the suspects who was detained by the police was able to easily and promptly contract the services of a lawyer in Macau to defend them. Leal has noted that the MP did not bother to investigate such connections and resources.

A Public Security Police Force officer, testified that Leal questioned him as to whether the police had searched the contacts on the suspect’s phone when he was intercepted and detained. The officer replied that such diligence was not done at that time.

“It was a vile and mandated attack,” Leal said, adding, “now the ‘architect’ of the attack comes out untouched.”

Leal mentioned to the court that the attack possibly sought to kill Menezes, or at least to prevent him from continuing to do his job.

Right from the beginning of the session, Leal protested the attack’s classification as an attempted crime, pleading that it was in fact accomplished, even if the attackers were unsuccessful.

The judge presiding over the trial replied that the clarification will be left to the reading of the court’s decision.

‘A WASTE OF TIME’

Exiting from the Court of First Instance, where the trial session took place, Menezes spoke to the media about the case.

“This is in fact, a waste of time, and I say this because one of the suspects was detained and then released on a bail of MOP5,000,” he said.

“The suspect was given a declaration to authorize that the trial would move forward in his absentia. This was apparently his great contribution to justice, and it was all done by the Public Prosecutions Office (MP). It was the MP’s [actions] that told him [the suspect] that he should not bother to come to Macau [for the trial],” added the victim.

Unhappy with the way the trial unfolded, Menezes said, “this was not what is supposed to happen. There wasn’t, in fact, a will to investigate those behind [the attack], who ordered it and what were the motives that justified it.”

“Like it was proved today in court, there was no way they [the suspects] could know all my steps, where I lived, etc., without [local] collaboration.”

“This was the reason that led the police in the first place to classify the case as an organized crime and in cases of criminal organizations, there is always a ‘brain’ that should have tried to be found and this did not happen.”

Replying to a question on the motive for such an attack, Menezes said he did not have any doubts that it was motivated by a case related with his professional duties but he cannot make assumptions on which particular case it was related to without having evidence.

In his words, more important than ascertaining which case it is related to is to note “the process puts into question the freedom of lawyers’ work, questions the rule of law and the right of defense. I would say it is a slight return to barbarism and a collapse of civilization if the lawyers, the judges, and even the journalists are forced to work or decide according to a certain group’s wishes.” He highlighted that was ultimately the reason he kept this case running so long.

According to Menezes, the case does not end with a decision of the courts on the two suspects that were absent from the session yesterday, with the lawyer saying, “even though it might be a bit too late to investigate, I still hope that after the trial, the investigation can continue in order to find the criminal mastermind behind this case.”