Courts | Scott Chiang may be absolved of guilt after appeal victory 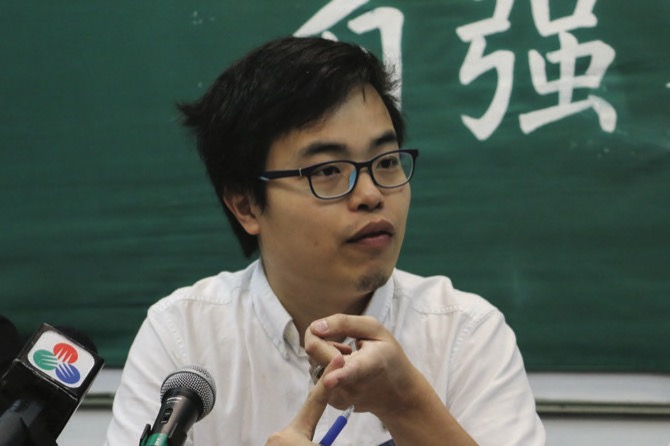 Activist Scott Chiang has won a ruling in the Court of Second Instance that may absolve him from a sentencing last year for the crime of unlawful assembly.

Chiang and legislator Sulu Sou were charged with disobeying police authorities during a demonstration in May 2016 that challenged a controversial RMB100 million donation from the Macau Foundation to Jinan University. In May 2018, the two defendants were found guilty in the Court of First Instance of organizing an unlawful assembly and were sentenced to fines worth 120 days each.

Chiang’s 70-page appeal submitted to the Court of Second Instance detailed numerous violations of his rights during last year’s trial. It remains unclear which of these arguments compelled the Court into siding with the appellant.

Pedro Leal, the lawyer who represented Chiang, told the Times yesterday that his client was still waiting to hear more about the decision.

“When we filed the appeal, we requested the Court [of Second Instance] declare Scott Chiang not guilty or to hold a re-trial. One of those two options has been decided by the court, but we don’t know which one yet,” he explained, adding that more information would likely be released today.

“The result is in – that I won – but we don’t know the details yet,” echoed Chiang in a separate conversation. “What does it mean? Am I pronounced not guilty? Will I have a re-trial? Right now we know very little.”

What is known, however, is that the crime of organizing an illegal assembly cannot be brought further up the chain of Macau’s judiciary via an appeal from the Public Prosecution’s Office. According to Leal, that means it will not be entertained in the Court of Final Appeal.

The Court’s decision to uphold Chiang’s appeal will not affect Sulu Sou, who withdrew an earlier, “merely defensive”, appeal in order to expedite his return to the Legislative Assembly.

Lawmakers in Macau normally enjoy prosecutorial immunity that prevents charges from being brought against them. Sou was suspended by a Legislative Assembly intervention in December last year, which lifted his immunity and permitted him to stand trial.

“It’s painful to see Sulu Sou, a legislator, hold a criminal offence from a decision at trial that wasn’t fairly reached,” said Menezes. “It shows how unfairly Sulu Sou was treated; that he was forced to waive his fundamental right of appeal in order to serve the public interest as a legislator.”

“[Sulu Sou] deserved to share this little victory,” said Chiang. “I don’t know if he can benefit from this decision, but it is a moral vindication for him.”