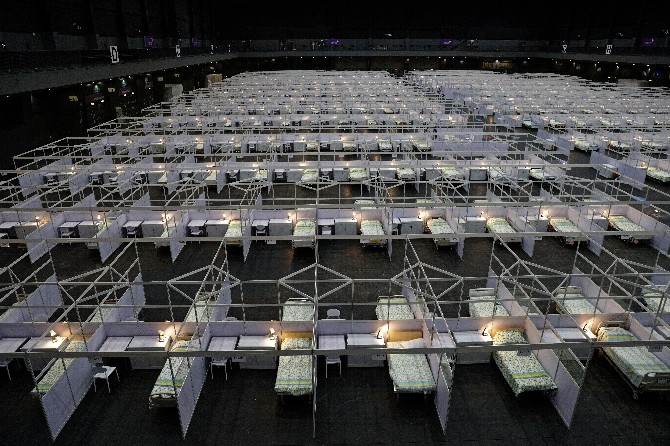 The Hong Kong government opened over the weekend a temporary field hospital with a capacity of 500 beds to enlarge the region’s capacity to hospitalize what is being termed the “third wave” of Covid-19 patients.
Since last month, the region has seen a return of the virus, with the number of cases in Hong Kong continuing to rise each day as authorities try to source the origin of the outbreak.
According to several specialists in the field, this so-called third wave of the disease is due to a measure from Hong Kong health authorities that granted quarantine exemption to tens of thousands of people traveling to the city.
More than 2,000 new infections have been detected since the start of July — 60 percent of the total since the virus first hit the city in late January.
The new makeshift hospital has been established at the AsiaWorld-Expo exhibition center, located on Lantau Island next to the Hong Kong International Airport and the Hong Kong Port of the Hong Kong-Zhuhai-Macau Bridge.
Authorities in the neighboring SAR announced that it will take in patients aged between 18 and 60 years of age.
“Our goal is to triage patients from the community and provide them with appropriate treatment and hospitalization arrangements,” Doctor Larry Lee from the Hospital Authority was quoted as saying by several media outlets of the region. Lee added that the authorities expect to admit patients at this improvised hospital unit right from the first day of operation at a rate of around 20 to 30 patients per day in the upcoming days.
Explaining the operation procedures for the makeshift hospital, Lee said that patients would go through several rounds of testing including X-ray, blood, saliva, and heart tests.
In case any of the patients are found to be in an “unstable condition,” they will be transferred to other hospital units across the city, reaffirming that only patients in a stable condition and with good prospects regarding their healing process will undergo treatment or medical observation at the new facility.
The new daily infections in Hong Kong have been above 100 for the past 12 days with total infection numbers rising to 3,512 as of yesterday. In recent days the death toll in consequence of the disease has also risen to a total of 34. On Saturday alone four new deaths were recorded.
The continuous growth in new cases also prompted the central government authorities to offer to send testing staff and equipment to the city to help carry out a “large scale nucleic acid testing” operation.
According to a statement issued by the National Health Commission of China, the first part of a Covid-19 aid support team to Hong Kong should have arrived yesterday. The team includes around 60 clinical laboratory staff and a Covid-19 testing “advance unit” to test a large number of people and obtain results from such tests in a shorter period.
The makeshift hospital mirrors other facilities that were hastily constructed in Wuhan near the beginning of the virus outbreak in early February. Since then, other cities around the world have built their own temporary hospital facilities to accommodate Covid-19 patients, including London, where an exhibition center was transformed into the temporary NHS Nightingale hospital, with space for 4,000 beds.
The opening of the hospital also comes just after the announcement made by Hong Kong Chief Executive, Carrie Lam, to postpone the upcoming legislative elections for a year. Lam justified the decision on the grounds of the protection of public health, refuting the idea that it was a political decision. 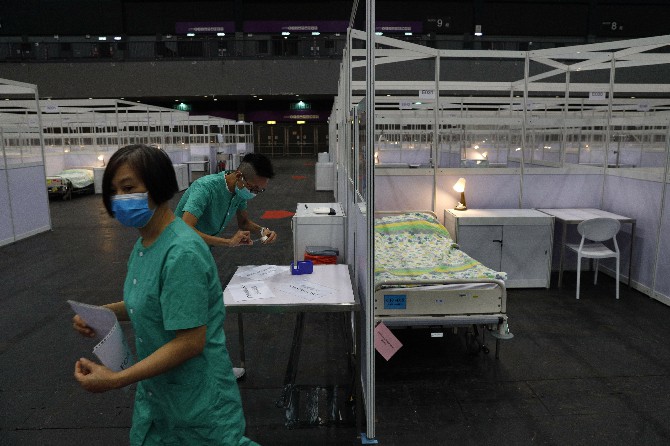 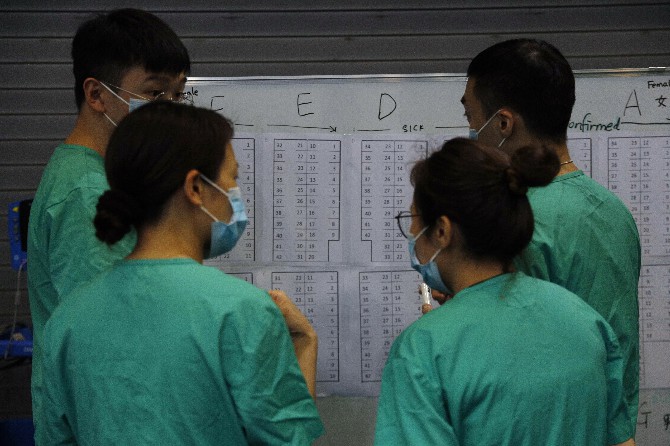