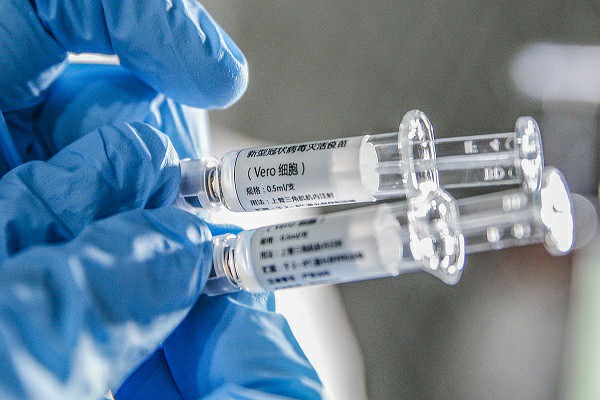 Zhuhai expects to finish vaccinating frontline workers and those at higher risk before February 5, according to a statement released recently by the Hengqin government.
The city expects to conclude vaccinating “those most at risk and key groups.” The vaccination process is expected to continue for “those most at risk” even after February 5, however.
These two categories include first responders, frontline workers at Zhuhai’s designated medical organizations commissioned by the government, frontline workers at quarantine locations, public transit workers, people in direct contact with imported frozen food, nurses performing Covid-19 tests, and cross-border drivers.
Last December, mainland China officially started administering Covid-19 vaccines to its citizens. Zhuhai officially started administering vaccines on December 3 at two government hospitals in the city by holding an “urgent round” of vaccinations, according to an article posted on the official WeChat account of Zhuhai’s Municipal Health Commission.
The disease control commission ruled that the first group of people to be vaccinated during the “urgent round” included those belonging to the abovementioned groups, in addition to those who travel cross-border for business or urgent business.
As of December 29, over 30,000 people in Zhuhai have received vaccinations.
There have been no unusual side effects from the Covid-19 vaccine reported either, according to health authorities. Among those who have received the vaccine, 608 are workers from companies involved in frozen food importation. These employees work at 129 refrigerated warehouses, one logistics company, and four food manufacturers.
Lawmaker Vong Hin Fai is reportedly one of the Macau politicians who has received the vaccine in Zhuhai under the arrangements of the Liaison Office of the SAR.
Delegates of the National People’s Congress (NPC) and members of the Chinese People Political Consultative Conference (CPPCC) have also received the jabs.
Vong and the others who have received the shot are preparing for a series of political events in Beijing which typically take place in March.
According to the Zhuhai government, more of its residents will become eligible for vaccination as supply increases. The Zhuhai government is vaccinating residents for free and so is the rest of mainland China, as the mainland government regards doses of the vaccine as public assets.
On the Macau side, local authorities expect to start administering vaccines to members of the public within the first quarter of this year.
The local government has made it clear that both local residents and non-residents who hold study visas or work visas will not be charged for the vaccine.
The government has estimated it will cost MOP500 to administer each dose of the vaccine.