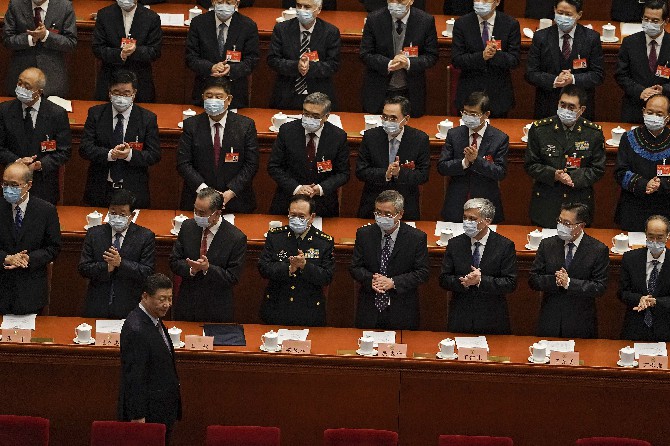 China’s top legislative advisory body opened its annual session Thursday against the background of a crackdown on Hong Kong’s political opposition and the country’s recovery from the COVID-19 pandemic.
In his opening address, the head of the Chinese People’s Political Consultative Conference (CPPCC), Wang Yang, pledged support for calls that only “patriots” who show undivided loyalty to the ruling Communist Party should be allowed to hold elected office in Hong Kong, a semi-autonomous southern Chinese city where Beijing imposed a sweeping national security law last year.
“We will strengthen unity and friendship with our compatriots overseas and in Hong Kong, Macau and Taiwan, and conduct studies and consultations on fostering patriotism among young people in Hong Kong and Macau,” Wang told delegates in the hulking Great Hall of the People in the heart of Beijing.
Taiwan is a self-governing democracy that China claims as its own territory.
Wang, the party’s fourth ranking member, also said the CPPCC contributed to local-level efforts to end the COVID-19 outbreak in the country, where no new cases of local transmission have been reported for more than two weeks.
The CPPCC has no legislative powers of its own but is mandated to conduct research and offer proposals to the ceremonial parliament, the National People’s Congress, which begins its annual session on Friday.
With COVID-10 on the wane in the country, the leadership decided to hold the sessions on the usual dates in March, rather than delay them until May as they did last year. However, the meetings are shorter this year and media coverage is being conducted remotely. MDT/AP