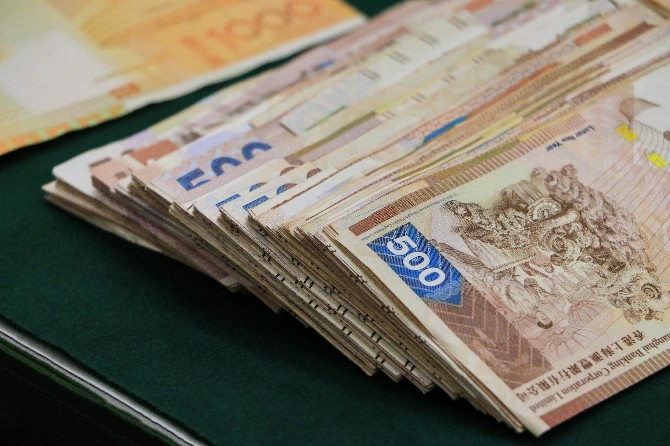 The Judiciary Police (PJ) has apprehended several individuals suspected of money exchange fraud. The incidents occurred this year and last year in local casinos, the department reported during yesterday’s joint police press conference.
Yesterday, the PJ shared intel with the media regarding six fraud cases, all involving money exchange gangs who are normally active in casinos. These cases were related to both recently reported incidents and some reports that the PJ received in 2019.
A 51-year-old mainland woman surnamed Wang was apprehended as a suspect in the first case. On November 2, she gambled in a casino located in the northern district.
While she was gambling, she took some casino chips from a gambling table and returned the chips to the same position shortly after. Her behavior was witnessed by a casino employee and she was caught immediately.
The casino reported the case to the police department and wished to pursue Wong legally. In total, the gambling chips are equivalent to HKD30,200. Wong admitted to the accusations.
In the second case, two suspects were apprehended on October 30. The case dates back to June 2019. A casino located in the northern district received an anonymous letter accusing two people of robbing the casino.
A police investigation found two suspects: 48-year-old Li, an unemployed mainland man, and 33-year-old Wang, an unemployed mainland woman.
According to the PJ, the two carried out six robberies at the casino, and also robbed another one. Those claiming to be the victims in this case reported a total loss of HKD165,000. The two denied the accusations.
The fourth suspect is a 33-year-old mainland man surnamed Wang. On November 1, the self-claimed victim connected with Wang on social media. The victim was looking for someone to exchange 617,000 yuan to Hong Kong dollars. Later, when they met in person, Wang showed the victim a bag of “cash” which actually contained several bundles of authentic banknotes mixed with practice banknotes.
The victim, not recognising the practice banknotes at that time, transferred the yuan to Wang.
Shortly afterwards, the victim noticed the practice banknotes while Wang was running away from the scene.
Later, officers from the customs authority apprehended Wang on the streets.
Wang claimed that he had no knowledge about the practice banknotes and said that he was paid 600 yuan to deliver the bag of “money.” However, the PJ believes Wang is responsible for the fraud.
In the fourth case, a 43-year-old mainland resident surnamed Wu was apprehended for a fraud case dating back to November 2019. Five mainland residents accused Wu of defrauding them to invest in a casino VIP room.
The five reported a total loss of 3.65 million yuan. Last month, the police authority apprehended Wu when he was crossing the border at Hong Kong-Zhuhai-Macau Bridge Macau Port to enter the city.
The suspect in the fifth case is Liang, a 32-year-old mainland resident. On October 31, victims in this case wanted to exchange money with Liang. The victims needed to exchange 262,500 yuan to HKD300,000. When Liang showed the victims a bag of cash, one of the victims suspected the cash to be counterfeit. They confirmed their suspicions after a failed attempt at exchanging the money for gambling chips at the casino cage. During this process, the suspect ran away from the scene but was intercepted by the casino security.
In the sixth case, one of the suspects are 32-year-old Deng. They are both from mainland China. On 29 October, Deng and his victim cut a deal for a currency exchange. However, Deng gave bundles of practice banknotes amounting to HKD100,000 to his victim.
25-year-old Zhuang is a mainland woman who was also recently apprehended for casino fraud. Last year, Zhuang persuaded her victim to exchange 294,840 yuan for her. Her victim gave her Hong Kong dollars. However, Zhuang didn’t give the victim any money and lost all the Hong Kong dollars gambling before she escaped from Macau. Zhuang was apprehended at Macau International Airport on October 30.