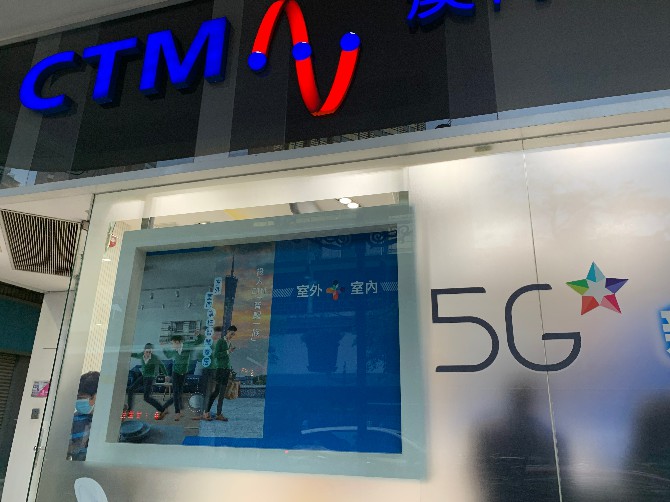 Local telecom operator CTM said it is committed to further invest 2 billion patacas in continually optimizing its 5G network service, following its announcement that the firm aims to attain full outdoor coverage of the network by next month.
The investment for the first phase of the 5G construction – which kicked off in March – costed over 600 million patacas. The first phase is to be completed by the end of June.
Field tests for coverage and speed have been conducted at various districts, which revealed that the highest network speed exceeded 1 Gbps.
This will make Macau the first city in Asia to have full outdoor coverage, according to the company’s press briefing.
“Within five years, 2 billion patacas will be invested to continuously optimize network facilities, enhance 5G service capabilities, and support the development of Digital Macau,” the company stated.
A standalone network will be completed during the second phase of the project next year, which will introduce technologies such as network slicing, ultra-low latency and massive connectivity, according to the company.
According to the firm, the shortage of land resources in Macau has created challenge for operators to locate 5G cell sites.
“The challenge of 5G popularization is cost control relating to equipment, site rental, power consumption, spectrum fee, which will affect the cost of 5G and whether 5G can be popularized within a short period of time,” the firm added.
CTM also said that it has phased out the 2G network and gradually upgraded customers from 3G to 4G in order to return spectrum resources to the SAR Government.
CTM has proposed that the government review the spectrum fee and allocation mechanism, and made an appeal to the authority to release government owned properties for industry to have enough site location optimizing coverage and capacity.
Currently nearly 7,000 customers have registered for a 5G service trial. LV