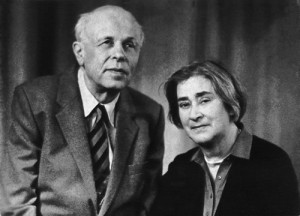 One of the Soviet Union’s most outspoken critics, nuclear physicist Dr Andrei Sakharov, has been ordered into internal exile. Officials in Moscow were angered by an interview Dr Sakharov gave American television last week, in which he called for the withdrawal of Soviet troops from Afghanistan.
It was the final straw after the Nobel peace prize winner had escaped arrest during more than 13 years of dissident activity. In the interview, Dr Sakharov also told American viewers he supported plans to boycott the summer Olympics in Moscow. He said he was in favor of the US sanctions ordered by President Carter in retaliation for the invasion.
The scientist and his wife, Yelena Bonner, were seized by officers of the Soviet secret service, the KGB, while walking in a Moscow street. Dr Sakharov was stripped of his official honors. The couple were given two hours to pack before being sent to Gorky, an industrial city 250 miles east of Moscow and off limits to foreign reporters.
Dr Sakharov was credited with creating the first Soviet hydrogen bomb – but later became involved in campaigning for nuclear disarmament. He won the 1975 Nobel Peace Price because of his fight for human rights.
In a recent interview with the BBC, Dr Sakharov spoke about the need for change in the Soviet Union. He said: “Our country, like every modern state, needs profound democratic reforms. It needs political and ideological pluralism, a mixed economy and protection of human rights and the opening up of society.”

Dr Sakharov spent nearly seven years in exile in Gorky where he continued to write letters and appeals in support of human rights activists.
He staged three hunger strikes protesting at his own persecution and seeking permission for his wife to go to the United States for medical treatment for eye and heart problems.
In 1983, Yelena Bonner was charged with slander against the Soviet state as she was about to board a plane to fly to the US.
Dr Sakharov claimed it was a trumped-up charge to prevent her travelling abroad. She, too, was ordered to remain in exile in Gorky.
After President Mikhail Gorbachev ordered his release in 1986, Dr Sakharov became a leading member of the pro-democracy movement.
He also helped to lead the opposition in the new Soviet parliament in 1989 and was involved in drafting a new constitution. He died on 14 December 1989 of a heart attack.