this day in history : 2000 Hillary Clinton is first First Lady in Senate 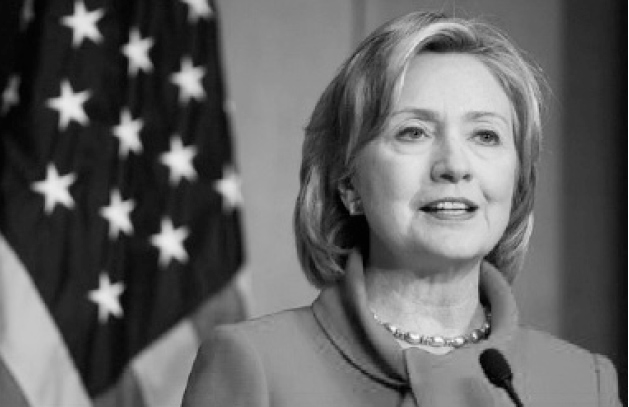 Hillary Rodham Clinton, wife of the president, has won a seat for the Democrats in the Senate to become the only First Lady to win elective office in US history.
Votes are still being counted but exit polls show she has a clear majority over Republican rival Rick Lazio in the state of New York.
The Clinton family voted near their home in Chappaqua, north of the city, with the president telling reporters, “You can’t put me down as ‘undecided’!”
Mrs Clinton made her victory speech in Manhattan, flanked by husband Bill, her daughter Chelsea, outgoing Democrat Senator Daniel Patrick Moybihan and incumbent senator Chuck Schumer. She told cheering supporters: “Today we voted as Democrats and Republicans, tomorrow we begin again as New Yorkers.”
Mr Lazio only entered the race in May after charismatic New York mayor Rudolph Giuliani pulled out to fight prostate cancer.
During an acrimonous campaign he emphasised his strong connections to New York, while Hillary defied accusations she was a carpetbagger and appealed to Democrats in New York City, black, Hispanic, Jewish and women voters – and won through.
Mrs Clinton has also shown her tenacity in the face of the president’s much publicised extra marital affairs.
In 1992, when Gennifer Flowers revealed that she had had an affair with him (which he admitted to only years later and then claimed it was confined to one encounter), she uttered the famous words on the CBS 60 Minutes programme: “I’m not sitting here as some little woman standing by my man like Tammy Wynette. I’m sitting here because I love him.”
She later had to apologise to the country singer Tammy Wynette who wrote and sang “Stand by Your Man” but was not the character in it – but Mrs Clinton had successfully made her point to the American public.
Then in January 1998 the story about the president’s affair with White House intern Monica Lewinsky broke – which Bill Clinton strenuously denied.
Mrs Clinton was defiant once more, declaring in an interview with the NBC Today show that it was all inspired by “this vast right-wing conspiracy that has been conspiring against my husband since the day he announced for president”.
She had a difficult moment later that year when her husband admitted to having had a relationship with Miss Lewinsky, and TV viewers watched them walking across the White House lawn – Chelsea between them – to the helicopter waiting to take them on holiday.
All that is in the past and now – as her husband prepares to leave office at the end of his second term – Hillary Clinton’s supporters are even talking of her running for the top job herself.

At a news conference the following day Hillary Clinton ruled herself out of the 2004 presidential election to serve her full term as New York senator.
Her husband left office in January 2001.
In her best-selling autobiography Living History published in 2003 Mrs Clinton said the two hardest decisions of her life were “to stay married to Bill and to run for the Senate from New York”.
New York votes again in 2006, and Mrs Clinton is tipped for a landslide victory.
She is also one of the leading contenders to for the 2008 presidential elections.